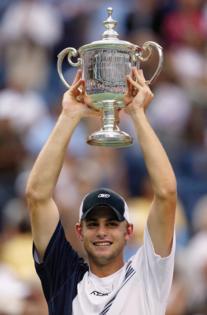 DALLAS — While the American women clean up in tennis, their male counterparts look decidedly Canadian.

It has been so long since an American man has broached the pinnacle of sport, we have literally forgotten about tennis, and that’s a disaster for the state of the game here.

You need one name, and we don’t have any.

The last highlight by an American tennis player that you may remember is Dallas resident John Isner’s first-round 2010 Wimbledon match against Frenchman Nicolas Mahut that spanned three days and lasted for 11 hours and five minutes.

“I can recall a lot about that match,” Isner told me in May. “When we got into the 20s [games] we knew something big was happening. The third day, I woke up that morning after playing eight hours without a result and I was amazed how good I felt. I still had all of this adrenaline. After I won, and when I woke up the next morning, to play my second-round match, I had never felt worse. Completely miserable.”

It was all an organic, irresistibly appealing moment. It was a match that changed tennis, or at least the rules at Wimbledon to prevent such an event from happening again.

For a while, Isner was the face of the U.S. men’s tennis. He is basically a 6-foot-10 basketball player who happens to have a serve that turns him into an ace machine.

The rest of his game just never quite all came together for him to become a consistent top-10 player.

He’s played for a long time, won a lot, made plenty of money, but he never won a Grand Slam, or cracked that top tier with Roger Federer, Rafael Nadal or Novak Djokovic.

Naomi Osaka says she felt "a great amount of pressure" to reveal her struggle with mental health issues earlier this year during an ordeal that led to her withdrawing from the French Open and taking a temporary break from ...Read More

NEW YORK — Only two months ago, Emma Raducanu pulled out of Wimbledon because of “breathing difficulties” during a match. Most assumed it was a panic attack. Either way, it left the impression Raducanu would have ...Read More

NEW YORK — Emma Raducanu came to the New York with big dreams but a realistic travel itinerary. Unsure of her chances of getting through a qualifying tournament and earning a berth in the main draw of the U.S. Open, the ...Read More