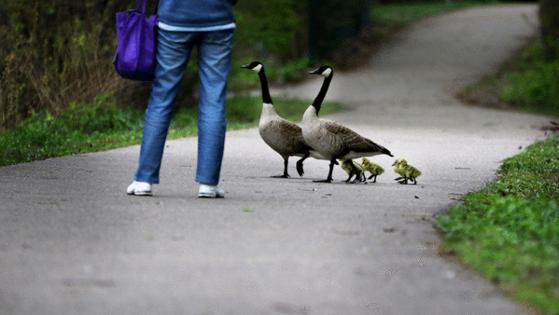 Bird flu did not cause a large waterfowl die-off last week on a southern Minnesota lake, the Department of Natural Resources determined after testing some of the dead birds.

More than 125 geese and ducks were found dead Nov. 20 on Loon Lake in Waseca. The preliminary diagnosis is that a fungal infection — most likely contracted by eating contaminated feed or corn — weakened the birds. That, combined with the recent cold spell and the stress of migration, caused deadly pneumonia, according to the DNR.

"It might not have been as massive if it wasn't for the cold snap," said Jeanine Vorland, the DNR's Owatonna area wildlife supervisor.

The diagnosis is a relief to those who feared the die-off was yet another sign of what has been one of the worst years in U.S. history for highly pathogenic avian influenza. The bird flu has killed thousands of wild birds and raptors this year and forced farmers to euthanize 50.5 million poultry across 46 states, according to the latest numbers from the Centers for Disease Control and Prevention.

The bird flu began in the spring, when it did most of its damage. It killed more than 3 million farm birds in Minnesota and caused the deaths of dozens of owls, eagles and hawks that were brought to the Raptor Center at the University of Minnesota. After lying quiet over the summer, cases of the deadly virus have ticked back up recently as birds have begun to gather for the fall migration.

A fungal cause, if the preliminary diagnosis proves accurate, would be much easier to contain.

"I breathed a big sigh of relief," Vorland said. "This is something that hopefully will not transmit rapidly to the wider world."

The DNR will keep an eye out for other deaths in the area.

"We don't know where they picked up initial infection, but it's something we can watch out for and see if there is anything we need to get cleaned up," she said.

A relaxed guy, Joe was in his airy Twin Cities home studio the other day. On his easel ...Read More