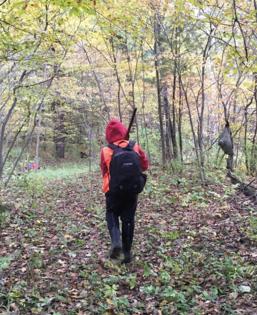 I never owned a rifle as a kid, except my dad's .22, which I plinked with occasionally under his supervision. It probably was a money thing, I'm uncertain, why I never was given one. Instead, when deer hunting came around, Dad borrowed a rifle for me from a friend, a .243, with which I killed my first whitetail, a doe.

This borrowing thing continued after I left home. The last occasion was in 1980 when a buddy at the Pioneer Press, our mutual employer at the time, loaned me a pump-action .280 Remington.

It wasn't until a year later that I bought a rifle of my own, a Ruger M77, in .270, a caliber made famous by the late Jack O'Connor.

I had read a lot about rifles before the purchase, including everything written by O'Connor, an English major turned firearms expert — a collision of interests that produced volumes of literate gun writing.

Outdoor Life magazine appointed O'Connor its guns editor in 1939, and he began writing its Arms and Ammunition column two years later. A proficient big-game hunter, O'Connor settled on a .270 Winchester Model 70 for, among other pursuits, sheep hunting, impressed as he was by the rifle's flat shooting, low recoil and relatively light weight.

These attributes also impressed me, and — 40 years ago — when I walked out of the old Joe's Sporting Goods at Como and Dale in St. Paul, with my very own rifle in hand, I felt good.

In the years since, unlike O'Connor, I never killed a sheep with my .270. But with it I killed deer in various states, as well as moose in British Columbia, elk in Colorado and black bear in Montana. As the old saying goes, "Beware the man with one gun, he probably knows how to use it.''

Which is how things continued until last Christmas, when my wife and two sons insisted I buy a new rifle.

Familial consensus, apparently, had been reached that I was underpowered, or that in any event the time had come for the old man to join America's gun-buying spree. My new rifle was a Christensen Arms 7mm Remington Mag with synthetic stock, carbon-fiber barrel and muzzle brake, topped with a 4-16x50 Vortex Viper scope — a sweet package I was eager to christen.

Which I did on a Montana hunt Trevor and I made a week or so ago looking for mule deer in Badlands-type country.