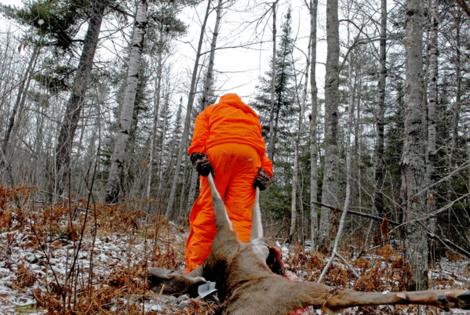 The tragic accident that occurred on a New Mexico movie set Oct. 21, when actor Alec Baldwin fired a vintage revolver he apparently thought was loaded with blanks, or unloaded, has prompted a lot of social media commentary.

The film's cinematographer, Halyna Hutchins, 42,was killed when Baldwin pulled the trigger and the movie's director, Joel Souza, was wounded.

Authorities are sorting out facts and determining who was responsible. Someone obviously was at fault, or multiple people, and it's a safe bet charges will be filed.

Among comments I've read online, foremost is that a fundamental rule of firearms handling was broken when Baldwin, among others, failed to check the cylinder of the revolver while handling the gun.

If he had, the thinking goes, he would have seen that one or more of the cylinder's chambers were loaded. Whether he could have distinguished between live rounds and blanks, or, alternatively, "dummy'' rounds, is unknown.

I wasn't there so I'll leave others to comment and judge. I also don't know anything about making movies, except to say that so much gunfire, explosions and pyrotechnics are displayed so often in so many films, that if every actor were allowed the privilege — or responsibility — of questioning the safety of every scene, rather than leave that work to experts, few movies would get made.

The Baldwin incident did, however, remind me anew, as it should some 500,000 Minnesotans on the cusp of another firearms deer season that begins Saturday, that gun accidents are called accidents for a reason: They are, as Webster defines them, "unfortunate incidents that happen unexpectedly and unintentionally, typically resulting in damage or injury.''

To their credit, Minnesota hunters haven't recorded a single firearms-related fatality in the last two years, the first time that has happened during back-to-back hunting seasons.

Yet even a casual glance at the accompanying chart that details non-fatal Minnesota gun accidents that occurred among Minnesota hunters last year illustrates the many ways these mishaps can occur.

For the fifth time in as many decades, Heron Lake in far southwestern Minnesota has a revamped natural resource management plan.

New in 2022 for this historic waterfowl basin will be a heavy emphasis on fish-stocking — ...Read More

Pennsylvanians spend about as much recreation time in the state's waterways as they did two years ago, despite an increase in agricultural toxins trickling into the rivers.

From her outfitting business on the doorstep of the Boundary Waters Canoe Area (BWCA), Clare Shirley can't help but think the U.S. Forest Service went too far in reducing permit availability for the upcoming season.