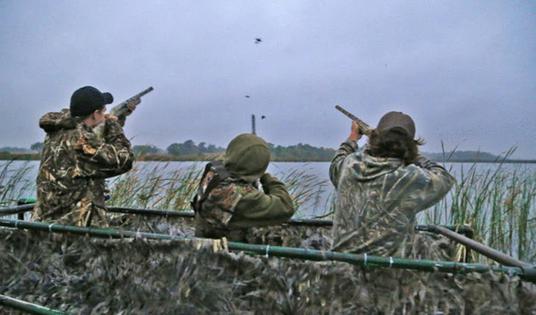 IN SOUTHEASTERN NORTH DAKOTA — Imagine yourself in this state a couple of years back. It's October, and you're in a small-town bar in a county that's home to fewer than 2,000 people.

The sun has set, dinner is a memory, and among happy talkers in the only tavern in town are a few guys from Minnesota. Decked in camouflage, these are duck hunters, drawn here by the sloughs, potholes and small lakes that pockmark the area's otherwise flat, fertile soil.

A local guy, a farmer, is in the bar, too, talking to the Minnesotans, and he informs them that his 90-plus-year-old aunt has died and he's charged with selling her house.

"What do you want for it?'' one Minnesotan, Joe Unger, asks.

A friend of Unger's, Jeff Shie — they grew up together near Rice and Maryland in St. Paul —is in the bar, too. The house-peddling farmer seems to Shie like a straight-shooter. But what kind of house costs $8,000?

"Then he calls his wife back in the Twin Cities area and tells her he just bought a house for $7,500. And she says, 'What is it, an outhouse?'"

Now it's a recent day, and Shie and I, along with a friend of Shie's, Tom Franchino, are in the same small North Dakota town where Unger made his real estate deal of a lifetime.

As sportfishing captain Markus Medak stood in the wheelhouse of New Lo-An on a moonless, cloud-choked morning that painted the Pacific Ocean sky ink-black, he thought he saw a faint light.

But it couldn’t be, right?

CONNEAUT, Pa. — Long and gray, like a big bent cigar, the muskellunge hurdled from the water, throwing its tail to the right and its head to the left in a single motion. It spit the silver lure from its mouth, splashed ...Read More