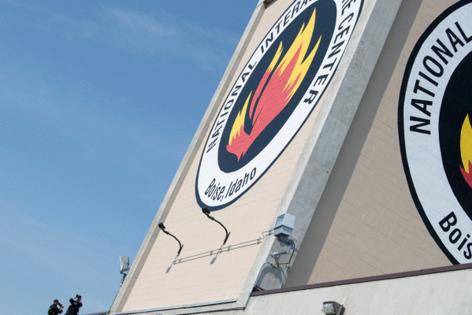 Record heat. Extensive drought. "Unprecedented" wildfire conditions. By all accounts, this wildfire season could have been a disastrous one for Idaho.

By late September, about 1,200 fires had burned roughly 429,000 acres of land in Idaho during 2021 — 170,000 acres less than the average acreage burned yearly in the last decade, according to burn totals from the Boise-based National Interagency Fire Center. It's the third year in a row of relatively mild fire seasons in Idaho, in stark contrast to record-setting seasons in much of the West. Meanwhile, state officials said they were challenged by a massive increase in burns on their jurisdiction and were hamstrung by a lack of resources.

What kept the early-summer predictions of catastrophe from materializing? Experts say it was likely a combination of well-timed weather, possible mitigation from wildfire smoke and just plain old luck.

The 2021 fire "season" is not yet over — officials now measure in fire years as climate change has stretched burn conditions across much of the year. But wet weather and cool temperatures have arrived in Idaho, lowering the risk of new burns and aiding firefighters in corralling the handful that remain.

For the Idaho Department of Lands, though, it was an outlier year complicated by a lack of resources. The agency heads up fire suppression efforts on state lands, as well as private forests and rangelands. In the previous two fire years combined, the agency reported fewer than 8,500 acres burned. To date in 2021, it estimates nearly 142,000 acres in its jurisdiction have burned. (The National Interagency Fire Center reported about 136,000 acres of burned state land in its year-to-date total. Jessica Gardetto, a spokesperson for NIFC, said state and federal agency tally acres burned differently. In years past, the discrepancy has been as little as a few dozen acres and as much as tens of thousands.)

Josh Harvey, Fire Management Bureau chief for the Department of Lands, said in a phone interview that the 142,000 acres burned this year is 573% of the agency's 20-year-average (about 20,000 acres). The department has spent $71.3 million on fire suppression this year, $5.9 million of which will be reimbursed by the federal government.

"If August had turned out the way forecasters expected it, could've been $90-100 million," Harvey said. "Every metric we were looking at going into summer indicated a record-setting year."

The Department of Lands felt the strain this fire season, not just because of the uptick in burns on its jurisdiction but because of worker and supply shortages.

PITTSBURGH — A Steller's sea eagle that escaped from the National Aviary was sighted Thursday near North Park. The bird was last seen heading north with a recovery team on its tail.

GRAND MARAIS, MINN. — Santiago, the protagonist in Hemingway's novel "The Old Man and the Sea,'' was a fisherman with a long run of tough luck, 84 days without a catch. Yet his knowledge of fish and how to pursue them ...Read More

But one sentence sums up ...Read More