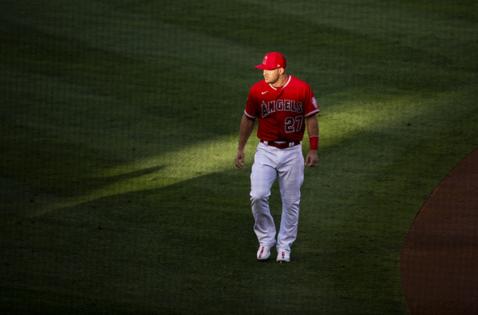 Los Angeles Angels superstar Mike Trout proved as good with a fishing rod while in the Twin Cities as he is with a bat, catching outsize northern pike and largemouth bass on his day off July 21, along with teammate Dylan Bundy.

The pair hooked with guide Josh Stevenson, owner of Blue Ribbon Bait in Oakdale and Mighty Musky Guide Service, to fish a metro lake that in the first few innings of the outing was scoreless.

"I wanted to produce fish for these guys, so there was pressure,'' Stevenson said. "The good thing was in the early going both Mike and Dylan showed appreciation for the surroundings, the scenery. They said it was just what they needed on their day off.''

Five hours into the daylong trip, smoke from northern and western wildfires cast a haze over the metro, triggering, Stevenson said, a major fish movement.

"Mike caught the first bass, a monster, then Dylan caught one, and it went back and forth,'' Stevenson said. "I didn't weigh them, but the biggest was over 6 pounds.''

"If lake temperatures in the Twin Cities had been cooler I would have taken them muskie fishing,'' Stevenson said. "But with most lakes in the metro over 80 degrees, it's not good to target muskies. But the day worked out great anyway. After the bass, we got into northerns, and both Mike and Dylan landed their personal bests with fish that measured just under 40 inches each.''

A three-time American League MVP, Trout has been injured much of the season. He strained his right calf in mid-May against Cleveland.

A year ago, Bundy posted a 6–3 record with a 3.29 ERA and was named the Angels' Opening Day pitcher this spring. But he went 1-7 in his first 14 starts and was moved to the bullpen July 1.

Weber argued that bureaucracies are the most efficient way...Read More

Changes are coming for landowners who want to remove problem deer and the hunters who remove them.

At next week’s meeting of the Pennsylvania Game Commission, the board is expected to approve new rules for the “red ...Read More

A privately owned Idaho hot springs announced recently that it will require proof of COVID-19 vaccination for any guests, prompting a deluge of social media criticism.

The public remains largely unaware of, or unconcerned ...Read More