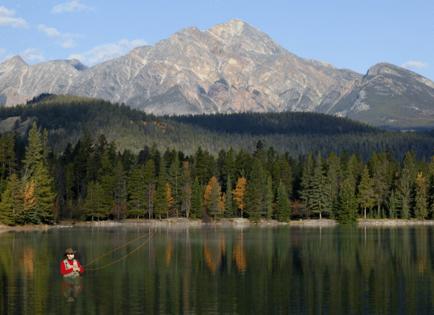 Like everyone who has ever held a rod and reel in Canada, I have memories that just won't quit. Some feature walleyes, others lake trout, northern pike, Arctic grayling and more.

Which is why, in Minnesota, which likely sends more anglers to Canada every year than any other state, the border closing that prevents travel to Ontario, Manitoba, Saskatchewan and other provinces hurts so much.

Media rumors peddled in recent days suggest some good news might be coming from the Canadian government June 21, end date of the latest border closure notice.

It's hoped Canada will at least announce a plan and propose a schedule to reopen the border. Such a blueprint likely will come with COVID-19 infection benchmarks, as well as hospitalization and vaccination targets.

Less likely is that any province will fully open its border to Americans this month.

Consider, for example, that in Manitoba, restrictions in place this week still prohibit outdoor gatherings except of people in single households. Also, no indoor public or private gatherings are permitted, and no visitors are allowed on private property.

Additionally, no travel north of the 53rd parallel is permitted except by health or other officials, and "outdoor sports and recreation are allowed with household members only."

Meanwhile, the border between Manitoba and Ontario remains closed, and in Ontario no camping is allowed on public lands.

Add to this that June Caul — mayor of Fort Frances, Ontario, sister city to International Falls, Minn. — this week said that 75% of Canadians would have to have a first dose of COVID-19 vaccine and 25% would need to be fully vaccinated before the Canadian government "would even think about opening" the border.

Most recent figures show 51% of Canadians have had a single dose of vaccine (62% of those age 18 and older), while only about 5% have been fully vaccinated. (By comparison, according to the Centers for Disease Control and Prevention, 41% of the U.S. population has been fully vaccinated as of Wednesday.)

Among the most prominent avian singers this time of year are our migrant visitors, some of whom have traveled thousands of miles, bringing vibrant color and song.

Critics of an Idaho wolf law approved earlier this month have launched a petition that could reinstate Endangered Species Act protections for wolves that were lifted a decade ago.

The Humane Society of the United States, ...Read More

For weeks, the U.S. has been bugging out over Brood X, the massive hatch of cicadas swarming on the East Coast after 17 years underground.

In the past year, law enforcement officers too often have been considered contributors to society's ills, rather than part of the solution, which they are.

In Grand Rapids Friday, in northern Minnesota, the opposite of ...Read More