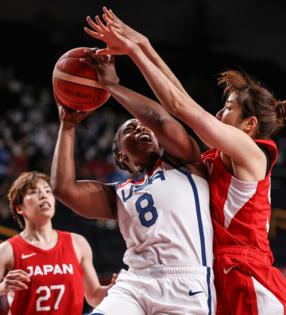 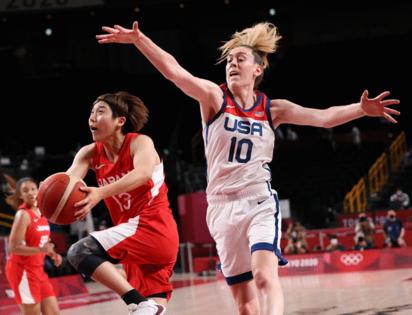 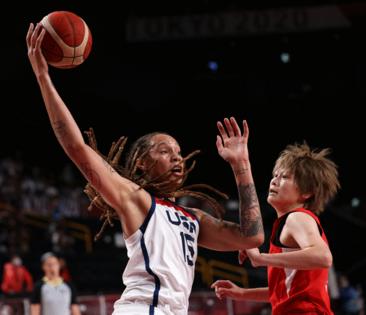 It started with a bounce back, a recovery from a loss to leave Barcelona in 1992 with a bronze. That one win turned into a streak for the United States women’s basketball team in Atlanta, with Dawn Staley becoming the heartbeat of a team of legends as its point guard.

By the end of those games, it was nine in a row, the U.S. reclaiming gold. In Australia they won eight more, the winning streak building as quickly as their sports emerging footprint in America. In Athens, with new blood like Diana Taurasi and Sue Bird on the roster, they won eight more.

Over the next 17 years, the stacked wins and gold medals, building an unstoppable dynasty at the Olympics. The two-game winning streak Staley built in 1996? It had grown to an absurd 54 games by the time of Sunday’s Olympic game.

And to celebrate win No. 55, they were given gold.

For the seventh consecutive Olympics, no one was better in the Tokyo women’s basketball tournament, the Americans unbeaten and mostly unchallenged as they routed host Japan 90-75 on Sunday.

Brittney Griner scored 30, A’ja Wilson had 19 and the Americans never were threatened on their way to another dominant performance, icons of a U.S. program walking off the court again as champions.

The win closes one of the most prolific chapters in American athletic history, with Bird and Taurasi exiting the international stage after five Olympics and five gold medals. No one has ever accomplished the feat in the sport.

Their success on the court has only been exceeded by their influence off of it.

Taurasi is regarded as maybe the best female basketball player of all time, a Kobe Bryant disciple who was won at every level she’s ever competed at. Fighting through injuries to compete in Tokyo, Taurasi has still flashed her signature combination of skill and swagger.

World-record holder Eluid Kipchoge defended his Olympic title in the men’s marathon on Saturday as Kenyan runners continued to dominate the long-distance race.

TOKYO — Karch Kiraly did not have the patience for coaching.

Or so he thought.

He was too intense. Maniacally driven. Overly demanding.

Those qualities, and insane attention to technical detail, made him a volleyball ...Read More

TOKYO — They're going back to reality now, back to the minor leagues or independent leagues, their Japanese teams or retirement.

Behind Kevin Durant’s 29 points, the U.S. men’s basketball team won its fourth consecutive gold medal with an 87-82 victory against France on Friday night in Saitama, Japan.

The victory offered some redemption for ...Read More

TOKYO — Jordan Windle shouldn’t have finished ninth in the Olympic 10-meter platform diving final Saturday. He shouldn’t even have been in Tokyo.

In fact, he probably shouldn't be alive.

A year after he was born, ...Read More

TOKYO — The United States men's track team waited for the final event at Olympic Stadium to win its first gold medal in a running event.