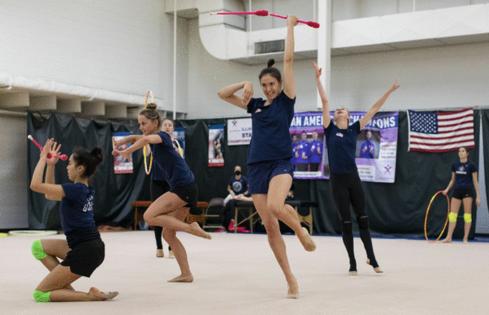 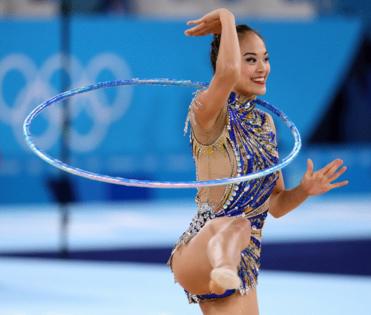 TOKYO — The U.S. rhythmic gymnastics team sat in a Deerfield, Ill., gym last fall, listening to song snippet after song snippet as they tried to select music for their Olympic competition.

After years of performing to classical and world pieces, their Russian-born coach Margarita Mamzina agreed to let the women use American pop for one of their two routines in Tokyo. The team had wanted this for so long, but they struggled to find anything that would work.

Then someone played Bon Jovi’s “It’s My Life.” Instantly, they knew they had found their song.

I just want to live while I’m alive."

“We all started singing along,” gymnast Izzy Connor said. “It spoke to all of us.”

The Tokyo Olympics mark the first time since rhythmic gymnastics’ debut in 1984 that the United States has qualified a full team — two individuals and a group — for the Summer Games. It’s also only the second time the country has qualified for the group event.

The team does not expect to medal here and these gymnasts do not offer platitudes about anything being possible. They arrived in Japan with the candid goal of having “two clean routines” and embracing the Olympic experience.

TOKYO — Mexico’s 161 Olympic athletes came to Tokyo two weeks ago with both hope and promise.

Barring any surprises over the next two days, they'll be going home with just four medals, all bronze. U.S. swimmer Caeleb ...Read More

SAITAMA, Japan — Never let it be said that the US women's basketball team was never challenged in a game at the Olympics.

There's always Uno, the popular card game, in the players' lounge, with Bam Adebayo joining in.

TOKYO — At age 31, Damian Warner of Canada was the oldest competitor in the Olympic decathlon.

That did not stop him from amassing an Olympic record 9,018 points en route to winning the Olympic gold medal at Olympic ...Read More

SAITAMA, Japan — Serbia was looking for a spark; instead, they made a dream come true.

Down big early to the U.S. women's basketball team, 19-year-old Angela Dugalic checked in to make her Olympics debut, one of her ...Read More

Thiam won her second consecutive gold medal in the Olympic heptathlon, joining American Jackie Joyner-Kersee as the only women to achieve the feat.

A first gold medal for the U.S. women's volleyball team probably wouldn't excite the individual who should be the team's biggest fan, and also happens to fit into onesies.