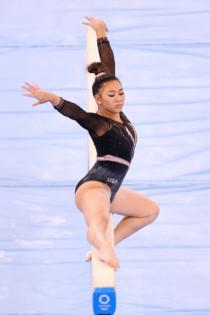 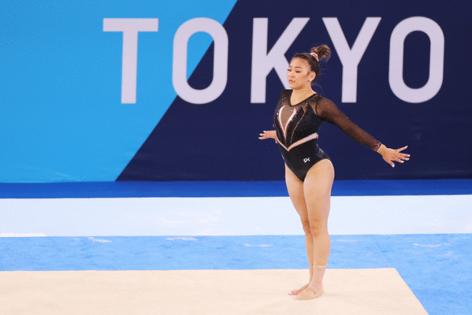 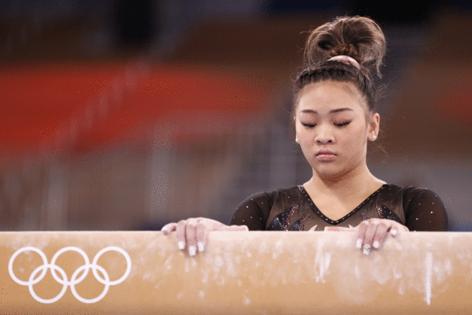 ST. PAUL, Minn. — In the Hmong culture, a khi tes is a ritual of celebration. When someone reaches a joyous milestone, family and friends tie white string around that person's wrists, while offering blessings, congratulations and good wishes.

Suni Lee couldn't gather with her large extended family after she made the U.S. Olympic team, so the khi tes took a slightly different form. With the Tokyo Olympics only three weeks away — and COVID-19 concerns still looming — the St. Paul gymnast had to avoid crowds. At the party in her backyard on July 3, her relatives tied the white string to little cards, inviting guests to write wishes for Lee to read later.

By midafternoon, dozens of cards hung on a strand of twine next to the Lees' garage. "The whole Hmong community is so proud of her,'' said Judy Yang, one of Lee's aunts. "My mom told me they're even talking about her on the radio overseas. It's a great thing.''

The first Hmong-American to make the U.S. Olympic team, Lee, 18, enters the Tokyo Games as an ascending star. She is one of the world's best performers on uneven bars and could bring multiple medals back to the Twin Cities, home to the country's largest population of Hmong-Americans.

Within her community, Lee is viewed as an ambassador and role model. As an Olympian, she represents the dreams the Hmong carried with them starting in the late 1970s, when many sought refuge in the U.S. after the Vietnam War.

The Hmong fought alongside American forces in Laos and paid a heavy price. Tens of thousands were killed in the war or died at the hands of the Lao government after the U.S. withdrew. Suni's parents, Houa John Lee and Yeev Thoj, were youngsters when their families fled the country, making the dangerous trek across the Mekong River to refugee camps in Thailand.

"When the U.S. pulled out of Laos, the war wasn't over,'' John Lee said. "People had to go to Thailand for their safety, and for a chance to have a better life.''

The Lees found theirs in Minnesota, where about 80,000 Hmong now live. Suni, whose first Olympic competition begins at 1:10 a.m. Sunday morning, said she has been overwhelmed by messages of support, encouragement and pride from a community she is eager to represent on the world stage.

At her send-off party, red, white and blue streamers and balloons hung from the fence and garage, next to the khi tes cards. Lee Pao Xiong, director of the Center for Hmong Studies at Concordia University (St. Paul), said Suni's place on the Olympic team will "tell the Hmong story to the world'' while emphasizing the roots they have established in this country.

With some 300,000 Hmong now living in the United States, she's going to have quite a fan base.