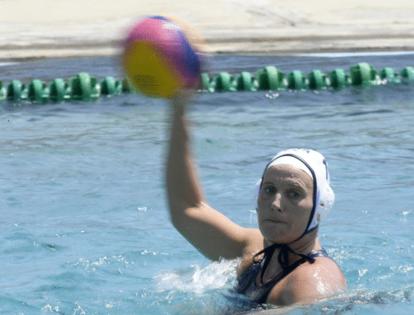 TOKYO — There were deaths, near deaths and gruesome injuries.

There was a mass shooting in Las Vegas, a nightclub collapse in South Korea and a terrorist bombing at a train station in Belgium. And all that happened before COVID-19 put everyone’s life on hold for a year.

The last five years have been a series of tragedies and triumphs for the women on the U.S. water polo team, experiences coach Adam Krikorian insists have prepared them for winning an unprecedented third consecutive Olympic title in Tokyo — a quest that starts Saturday when the U.S. plays Japan.

"It feels like this is the way it was supposed to happen," he said. "Every time any one of us deal with some adversity and challenges, as painful or as sad as it can be, we do look at it as an opportunity to grow and to be better.

"Embracing that, we've accepted it as part of our journey and, in some ways, of a greater purpose."

If that makes it a team of destiny, it's one Krikorian and his players have paid for with enough blood, sweat and especially tears to fill an Olympic-sized swimming pool.

It started shortly after the team arrived in Rio de Janeiro for the last Olympics when Krikorian got a text from home informing him that his brother Blake had died of a heart attack at 48. The coach left the team and booked a 12-hour flight to San Francisco. He briefly considered staying there but returned to Brazil where, hours before the first game, he learned the mother of defender Melissa Seidemann had suffered a stroke and was in a Rio hospital.

The team rolled the competition unbeaten, outscoring its six opponents 73-32; after the final both Seidemann and Krikorian broke down on the pool deck. When the players stepped off the medal podium, they filed over to their still-grieving coach and, one by one, draped 13 gold medals around his neck.

"You do feel like there's a greater power that is testing your resolve, as an individual and as a team," Krikorian said. "We're trying to teach you a lesson, you know, about where this fits into the puzzle."

That puzzle became more complicated a year later when a gunman opened fire on a country music festival in Las Vegas, killing 59 and wounding more than 400. Seidemann and teammates Maddie Musselman and Alys Williams attended the festival, although only Williams was still there when the shooting started.