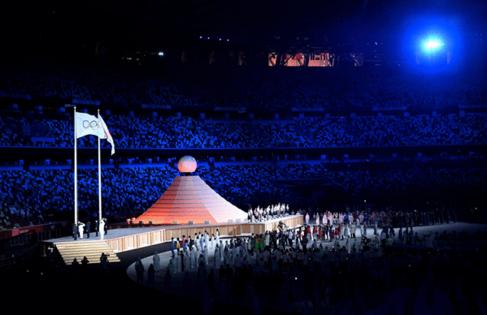 TOKYO — At this point, the Tokyo organizing committee is the bureaucratic equivalent of the Titanic's orchestra, its members figuratively continuing to play their instruments even as the hopelessness of their situation has come into focus.

"As the person in charge of the organizing committee that caused numerous scandals," president Seiko Hashimoto said in Japanese, "I feel painfully responsible."

And the opening ceremony hadn't even taken place yet.

The Pandemic Games have barely started, but they are already a full-scale public-relations disaster.

One of the anticipated stars of these Olympics, 20-year-old Takefusa Kubo, scored a magnificent goal to lead the host country's men's soccer team to a 1-0 victory over South Africa on Thursday night, but the heroics of the so-called "Japanese Messi" were entirely overshadowed by the latest controversy to rock the Games.

The director of the opening ceremony was fired in the wake of the circulation of a video in which he made a Holocaust joke while performing a comedy routine. Kentaro Kobayashi had replaced Hiroshi Sasaki, who suggested plus-size comedian Naomi Watanabe could appear in the ceremony as the "Olympig."

Earlier in the week, musician Keigo Oyamada stepped down as the composer for the opening and closing ceremonies after the rediscovery of an old interview in which he said he bullied disabled classmates when he was in school.

Forget about showcasing Japanese ingenuity to the world. The local population can't even be convinced of the value of these Games, as the widespread feeling is that public safety is being further compromised by the financial concerns of a self-interested government that has botched its pandemic response at virtually every stage. Nearly 2,000 new cases of COVID-19 were reported in Tokyo on Thursday, the highest single-day total since mid-January.