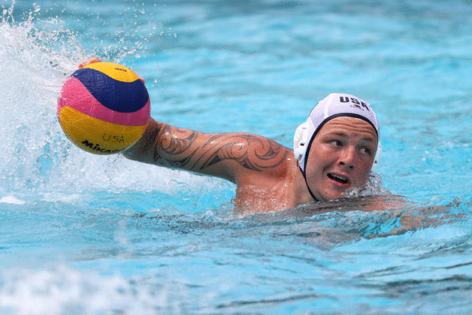 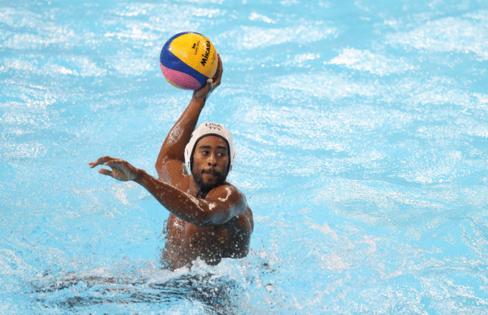 TOKYO — The official Olympic mascot is Miraitowa, a cheerful animated character checkered in blue and white that was designed to appeal to young children in Japan.

The unofficial mascots might as well be Tommy Trojan and Joe and Josephine Bruin.

USC and UCLA have combined for 103 Olympic competitors with ties to the respective schools, collectively surpassing all but 32 nations' delegations. Both schools can claim hurdler Rai Benjamin, who spent two years as a Bruin before becoming a Trojan when he transferred to the school across town.

USC's army of 63 Olympians tops all but 44 nations and is the most of any school in the United States, leading a Pac-12 Conference contingent of 317 competitors that is the most of any college conference. Stanford ranks second among Pac-12 schools with 53 Olympic athletes, followed by California (47) and UCLA (40).

The U.S. men's water polo team doubles as a Pac-12 all-star team, featuring players from UCLA, USC, California and Stanford. Most have known each another since their early years in the sport, with the eight players from Southern California having long been teammates and competitors.

"We've been battling since we were young, just playing club tournaments and college," Hannes Daube, an attacker from USC who grew up in Long Beach, said before departing for the Games. "It's good to be on the same team now."

Marko Vavic, another attacker who is Daube's Trojans teammate, said the U.S. team devised a rule to promote unity: No one sports differing apparel while around one another.

A divide could have arisen after UCLA topped USC in the national championship game in March, but Bruins alumnus Max Irving said the respect among the rivals runs too deep.

"I know they're great players and I've seen their body of work within the field of play," Irving said, "and I think it just creates for really strong bonds."

Winning Olympic gold is a Trojan tradition that predates Tommy Trojan. A USC athlete has won at least one gold medal in every Summer Olympics since 1912. The school's haul of 305 medals — including 142 gold — from the 1904 Summer Olympics through the 2018 Winter Olympics would rank No. 13 in the world by itself.

If all goes well, Gilchrist and her USC teammates will ascend the medal podium alongside Bruins stars Rachel Fattal, Maddie Musselman and Alys Williams, also members of the U.S. national team coached by UCLA's Adam Krikorian.

Bruins medals contenders are not an exclusive group considering that UCLA students and alumni have won 254 Olympic medals — including 129 gold — since 1928. Rachel Garcia, Bubba Nickles, Ally Carda and Delaney Spaulding are part of a U.S. softball team favored to join the school's legion of Olympic heroes.

It felt like destiny earlier this week when the Bruins found themselves with an unexpected supporter that reportedly had been spotted inside the sports complex where the softball stadium is located.