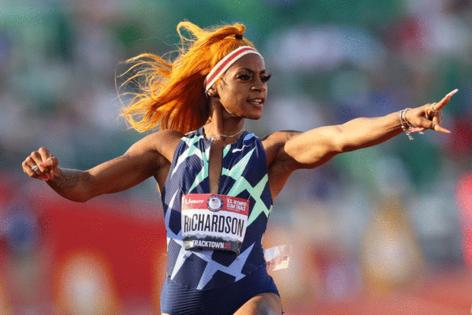 A year delayed, the Tokyo Olympics are now upon us, and with them, a chance for Americans of all stripes to come together to celebrate that most beloved sport: politicizing the hell out of whatever’s captured the public’s attention.

The Summer Games don’t officially start until Friday (and could even be canceled at the last minute amid rising coronavirus cases, according to at least one organizing official). But that hasn’t stopped members of Congress from jumping the gun with their gripes and grandstanding.

Republican Vicky Hartzler decried the news that a transgender athlete will compete for New Zealand. Democrats Jamie Raskin and Alexandria Ocasio-Cortez wrote an angry letter to the U.S. Anti-Doping Agency after sprinter Sha’Carri Richardson was suspended from competing over a positive test for marijuana. When hammer thrower Gwen Berry turned around as the national anthem played during a medal ceremony at the U.S. Olympic trials, Republicans like Guy Reschenthaler threw rhetorical hammers at her “woke displays.”

If they gave out medals for the hottest takes, members of Congress would no doubt sweep the podium. But it turns out they can do more than simply score political points: The legislative branch has quite a lot of power to actually do something about their problems with sports these days, even international competitions like the Olympics.

In fact, Congress passed a law just last year that made their supervisory powers over the U.S. Olympic and Paralympic Committee faster, higher and stronger — so long as lawmakers can work together.

That statute, enacted in the wake of the rank failure of USOPC and USA Gymnastics to protect hundreds of young athletes from sexual abuse at the hands of team doctor Larry Nassar, gave Congress the ability to decertify the national governing bodies of individual sports and even dissolve the USOPC board via a joint resolution.

Lawmakers could turn their anger into action if they thought those bodies were failing in their duties, which range from the mundane (scheduling competitions) to the momentous (protecting athletes).

Take the case of deaf-blind swimmer Becca Meyers, who was slated to compete in the Tokyo Paralympic Games starting in August. She withdrew after the USOPC barred her from bringing her own personal care assistant, citing pandemic restrictions.

“This is an outrage — and a preventable situation that should never have gotten to this point,” said Sen. Maggie Hassan during a hearing Tuesday, calling on the USOPC to address the issue.

In theory, if lawmakers became outraged enough, they would have recourse — they could flex their muscles and get rid of the board.