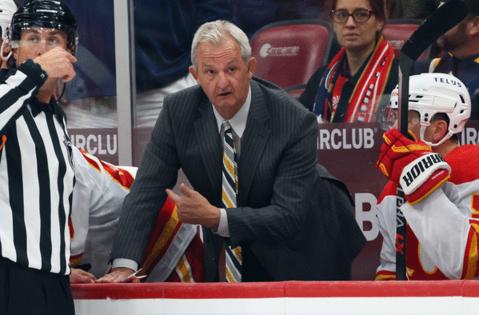 After recovering from a four-goal, third period collapse a game earlier at Dallas, the Wild didn't bounce back from blowing a two-goal lead to Calgary until late in the third period but were still dropped 5-3 on Wednesday in front of 17,562 at Scotiabank Saddledome to end their season-high four-game win streak with only their second loss over the past eight.

The Flames' Rasmus Andersson scored only 12 seconds after Jon Merrill delivered the tying goal to quickly extinguish the Wild's rally after Calgary's earlier comeback in 2:55 in the second period.

Only 1:27 after the opening faceoff, Kirill Kaprizov tipped in a Matt Dumba shot on a play that broke records and Kaprizov's stick, the blade sailing into the corner.

With his team-leading 17th goal, Kaprizov has the longest point streak (13 games) and goal streak (seven) in Wild history after nabbing the assist streak record earlier this season. The winger is the first player to post a franchise-record goal streak of at least five games within his first three NHL seasons since Vancouver's Pavel Bure in 1993-94.

Mats Zuccarello also factored into Kaprizov's goal, his 13th point in his last 13 games. Zuccarello is on a four-game point streak.

On the Wild's next shot only 58 seconds later, they doubled their advantage when Mason Shaw buried a 2-on-1 pass from linemate Connor Dewar to extend each player's point streak to a career-high three games. Shaw is up to four goals in 20 games.

But later in the first, signs of a Calgary resurgence began to surface.

The Wild committed three penalties the rest of the period and although they denied the Flames' power play during the first two chances, the third look carried over to the second and that's when Calgary's Nazem Kadri capitalized on a redirect 16 seconds into the period.

Just 1:21 after that, Blake Coleman scored the equalizer on an empty-net tap-in with Marc-Andre Fleury at the top of the crease. A brief 1:34 later, the Flames cruised ahead of the Wild on another tip in front on the power play — this time from Tyler Toffoli. Elias Lindholm picked up his second assist of the night on the play; same with Andersson.

Overall, Calgary finished 2-for-6 with the man advantage, just the second time in the past eight games the Wild have surrendered multiple power play goals.

As for their own power play, the Wild were unable to convert for the first time in seven games, nixing their season-long six-game run with a 0-for-4 showing. During that last look, which came with less than 10 minutes to go in the third period, Flames goaltender Dan Vladar did an admirable job limiting secondary chances for the Wild. In total, Vladar stopped 25 Wild shots.