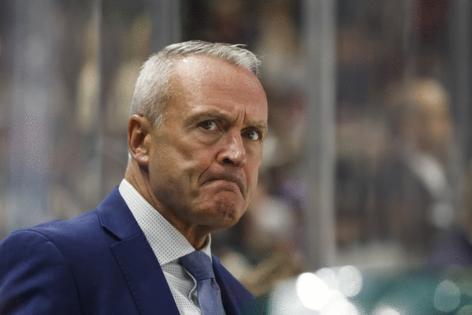 ST. PAUL, Minn. — For the first time this season, the Wild have won three in a row, rallying, 5-4 in a shootout against the Ducks on Saturday afternoon at Xcel Energy Center at the end of a seven-game homestand.

Matt Boldy scored the decisive goal in the shootout after Kirill Kaprizov delivered his team-leading 15th goal with 2 minutes, 35 seconds to go in the third period to tie the game at 4 and push his career-long point streak to 11 games.

The Wild opened the scoring when a Calen Addison shot caromed in off Anaheim's Max Jones 4:37 into the first period, but the Ducks responded at 8:13 on a Ryan Strome deflection.

Later in the first, the Wild moved ahead 2-1 with 4:56 left after Connor Dewar jammed in the rebound from a Ryan Reaves shot. Reaves' assist was his first point with the Wild since a Nov. 23 trade from the Rangers.

But again, Anaheim found the equalizer, this time on a point shot from Cam Fowler on the power play at 10:43 of the second before Trevor Zegras scored on a delayed Wild penalty with 1 minute left in the second period.

The Ducks finished 2 for 3 on the power play, while the Wild went 1 for 2. Goalie Filip Gustavsson made 29 stops in his first Wild start in four games. John Gibson had 43 saves for Anaheim.