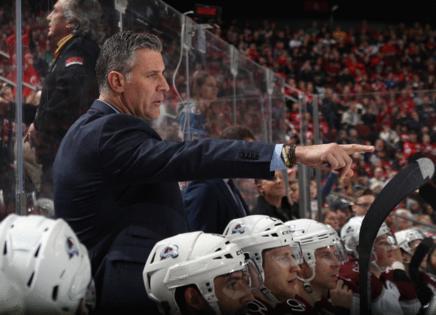 Special teams and goalkeeping often saved the Avalanche throughout the month of November. The penalty kill suddenly thrived after its slow start to the season, and Colorado’s league-leading power play was vicious enough to mask occasional 5-on-5 deficiencies.

When the team was forced to spend Thanksgiving dinner on a wasted trip to Nashville, the first three things worth giving thanks for were probably — in no particular order — togetherness, special teams and Alexandar Georgiev.

Remove that success from the equation, and the result was a 5-0 Avalanche loss to Winnipeg on Tuesday night.

The Avs entered their four-game road trip on an impressive and unlikely surge, with two points earned in eight of their last 10 games. With a chance to leapfrog Winnipeg for second place in the Central Division standings, the Jets humbled them.

The Avs (12-7-1) are onward to a trio of Eastern Conference matchups now, facing Buffalo, Boston and Philadelphia.

They finished 0-for-3 on the power play and allowed a goal on two penalty kill attempts Tuesday. Georgiev, who arrived in Winnipeg with a dominant .933 save percentage including .947 at even strength, allowed a scoring onslaught despite only facing 24 shots. The Avalanche’s defense buckled around him. Blake Wheeler scored a hat trick on home ice for the Jets.

Colorado’s forechecking line of Andrew Cogliano, J.T. Compher and Logan O’Connor was officially promoted from third to second line Tuesday, due to a compilation of injuries. The new third line was an entirely new look: Alex Newhook back at center, surrounded by Avalanche first-timers Jean-Luc Foudy and Alex Galchenyuk.

Foudy was making his NHL debut. A couple of shifts into his career, he was sent to the box for tripping, and Winnipeg swiftly capitalized with a Wheeler power play goal. Galchenyuk, who joined the roster Monday, was on the ice for two of Winnipeg’s goals. His defense and involvement off the puck are shortcomings that will face the most scrutiny after he signed a one-year deal.

But finger-pointing at newcomers would be unfair on a night when nothing went right for the Avalanche, from the top to the bottom of the lineup.

Cale Makar had an opportunity to stop the puck on Wheeler’s third goal but couldn’t. Nathan MacKinnon was skating a stride too far behind Wheeler on a Winnipeg rush, leading to his second goal. Six Avalanche players were minus-two while on the ice.

Entering a game against the New Jersey Devils in late October, the Avs had only been shut out once in the previous 153 games. Now they have been kept out of the net twice in the last 13 games. They outshot Winnipeg by 16, but former Vezina Trophy winner Connor Hellebuyck was outstanding for the Jets.

Colorado is coming back down to earth with a man advantage. Its season power play percentage is now 32.4%, only a 2% lead on the Boston Bruins. The penalty kill has allowed goals in back-to-back games after riding a recent streak of 13 consecutive kills.