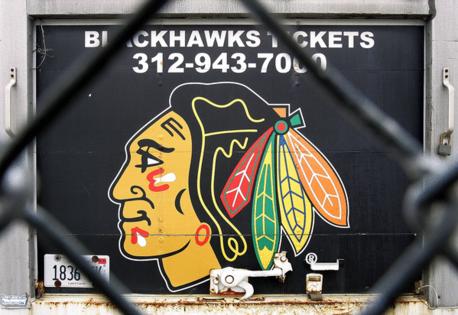 Guttman, 23, set career highs with 19 goals and 26 assists for University of Denver. As captain, he helped the Pioneers to a NCAA record-tying ninth national championship.

“Cole’s game has progressed during his time with the University of Denver, and we’re looking forward to continuing that development within our organization,” general manager Kyle Davidson said in a statement. “Captaining his team to a championship last season demonstrates his leadership and commitment on the ice, and those are qualities we’re always looking for in our players.”

The 5-foot-9, 165-pound Guttman was a sixth-round draft pick of the Tampa Bay Lightning in 2017. He’s the Hawks’ second signing in as many days.

Defenseman Jack Johnson, 35, agreed to a one-year contract with a $950,000 cap hit. Johnson has played 1,024 games for five teams in his 16-year NHL career. Last season he had a goal and eight assists in 74 games for the Colorado Avalanche, who won the Stanley Cup.

The Sharks moved up the starting time of their matchup with the Hawks on Oct. 15 in San Jose, Calif., to pay tribute to Wilson in a pregame ceremony.

Wilson, 65, a defenseman who was inducted into the Hall of Fame in 2020, played 14 seasons for the Hawks from 1977-91 and the last two seasons of his career with the Sharks. He was a three-time All-Star and won the Norris Trophy as the NHL’s top defenseman after the 1981-82 season.