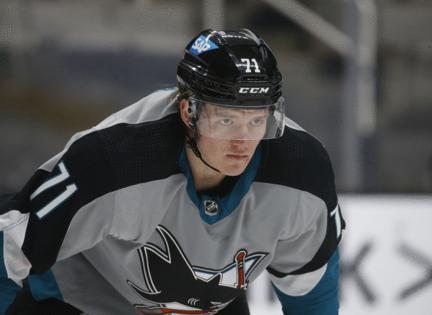 The Sharks made the announcement Saturday, three days after Knyzhov underwent surgery in San Jose to repair the injury. Per the team, the estimated time of recovery for injuries of this nature is approximately six months.

It’s the second straight year Knyzhov will be forced to miss extended time.

Knyzhov, 24, was the Sharks’ top rookie in 2020-2021 but missed all of last season with a litany of lower-body ailments, including issues with his groin, a sports hernia, and later an infection that kept him mostly stationary for weeks.

“If you look back on our year, not having him start the season and basically penciled in as a top-four as Karlsson’s partner, that really affected our team,” Boughner said.

Knyzhov had recovered from last season’s injury issues and was expected to challenge for a spot on the Sharks’ 23-man roster at training camp next month. The Sharks signed him to a one-year, $850,000 contract extension in April.

The Sharks could be in a better position, though, to absorb Knyzhov’s absence this season after they signed depth defensemen Matt Benning and Markus Nutivaara as free agents in July. The Sharks also have Karlsson, Ferraro, Marc-Edouard Vlasic, Jaycob Megna, and Radim Simek available.

Knyzhov played all 56 games for the Sharks as a rookie in 2020-2021 and evolved into a top-four defenseman, slotting next to Karlsson for the second half of the year.

Knyzhov was projected to be in that role again last season, although the sports hernia problem he dealt with at the end of last year forced him to miss the World Championships after he had been selected to play for Team Russia. He had surgery in May after the end of the regular season.

Knyzhov’s health issues cropped up again last summer and when he came to camp, his situation did not improve. He did not take part in training camp as he tried to rehab the injury but with the issue not getting any better, he had surgery last October.

Knyzhov’s recovery from surgery had severe complications, as he was on an IV for over a month to fight infection.