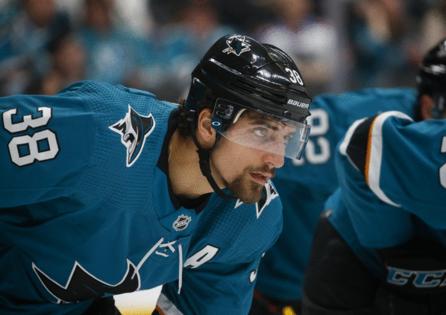 The 23-year-old Ferraro, who became an alternate captain for the Sharks last season, has grown into one of San Jose’s most reliable players on the blue line since debuting for the team in 2019-20. He stands to take on a more important role after the Sharks traded Brent Burns to Carolina last month, likely on the Sharks’ top defensive pairing.

“Mario has shown that he is a dynamic and reliable defenseman for our club, skating top-level minutes against the best competition every night and delivering solid results,” general manager Mike Grier said in a release announcing the move. The Sharks did not disclose the terms of the deal, but NHL Network insider Elliotte Friedman tweeted that it was worth an average of $3.25 million per season.

Grier said last week that he was expecting to reach a deal with Ferraro soon.

With just two goals and 12 assists in 63 games last year, Ferraro is not an offensive force, but he led the Sharks in blocked shots 151 despite missing all of March with a left fibula fracture.

He was third on the team in ice time per game (23:00) behind Burns (26:09) and Erik Karlsson (23:28) and will likely become the leading penalty killer after trailing only Burns last season.

The Sharks drafted Ferraro, a Toronto native, in the second round (No. 49 overall) of the 2017 NHL Draft out of the University of Massachusets.