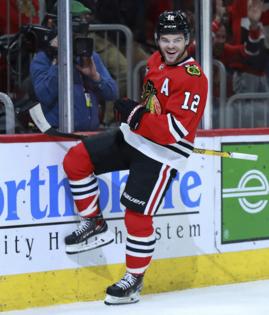 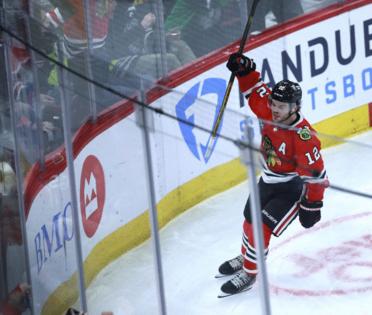 Luke Richardson should enjoy the moment.

He had his big day, his coronation as the 40th head coach of the Chicago Blackhawks at the team’s store downtown, and has been on his welcome-to-Chicago tour, appearing on radio and throwing out the ceremonial first pitch at Wrigley Field.

It’s a wine-and-dine period every new coach receives, and from many reports it couldn’t be happening to a nicer guy.

So no one wants to throw cold water over Richardson’s big splash, but reality is lurking around the corner for the first-time head coach.

The Hawks star’s future has dominated conversation about the team’s offseason, and it certainly loomed in the background of Wednesday’s introductory news conference.

Will Richardson be starting the rebuild without his leading goal scorer? DeBrincat accounted for 19% of the Hawks’ goals and almost 30% of their power-play goals.

General manager Kyle Davidson said in March that “I don’t necessarily subscribe to the untouchable theory” when it comes to trading players, and when asked Wednesday whether that stance applies to DeBrincat, he doubled down.

“I don’t necessarily subscribe to the untouchable theory because there’s always a situation where someone’s going to offer you, whether it’s realistic or not ... something that you can’t turn down,” Davidson said. “I guess in reality, other than those who are contractually obligated to be untouchable, that no one is. But we’re not in a position where we can hold anything back.”

Davidson also said the Blackhawks wouldn’t “necessarily” be “proactive in every sense,” but — there’s always a but.