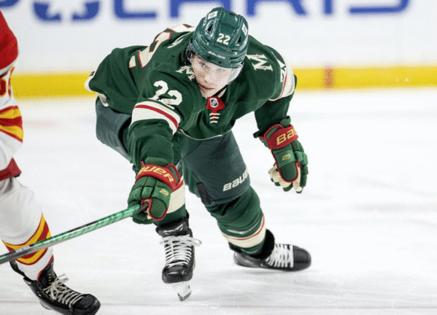 Fiala is set to become a restricted free agent coming off a one-year, $5.1 million contract. The 25-year-old set career highs in goals (33), assists (52) and points (85) last season but with the Wild facing a tight budget, it seemed unlikely the team could afford to keep him because of salary cap constraints.

TSN reported Fiala agreed to a seven-year contract with the Kings worth $55.125 million (average annual value $7.875 million) with $16 million to be paid as a signing bonus.

Overall, Fiala has 79 goals and 107 assists for 186 points in 215 games. He leads the Wild in all three categories since he joined the team in a February 2019 trade that sent Mikael Granlund to the Nashville Predators.

The first-round pick Los Angeles is sending to the Wild is No. 19; the Wild also has the 24th selection. The first round of the NHL draft is July 7 in Montreal.

Faber, 19, was drafted in the second round 45th overall by the Kings in 2020. He had two goals and 12 assists in 32 games last season with the Gophers as a sophomore, and played on the U.S. Olympic team.

Named a Gophers captain on Wednesday, Faber is an alum of the U.S. National Team Development Program and won a gold medal with the U.S. team at the 2021 World Junior Championships. He is also on the 2022 junior team, which will conclude COVID-delayed world championships Aug. 9-20 in Edmonton.