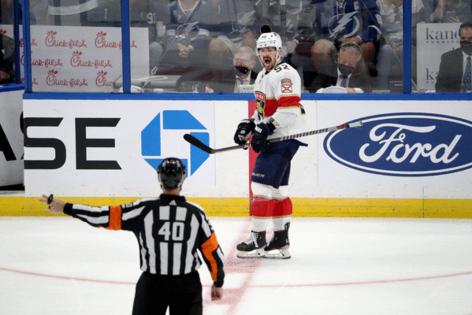 When you know even your most loyal fans have likely resigned themselves to reality, not allowing hope in, so that the inevitable might hurt a little less?

This was the mountain facing the humbled, shell-shocked, embarrassed Florida Panthers entering Game 4 down 3-0 in Tampa Monday night, staring at elimination, needing to somehow win four in a row.

And needing to do it against the Tampa Bay Lightning, the two-time reigning NHL champions and their nemesis, against whom the Cats had managed a meager one goal in each of three losses.

In league history only four hockey teams of 201 down 3-0 in the playoffs, or 2%, have climbed that mountain looming over the Panthers.

It could have been the beginning of a fairy tale, this.

Instead it was real life.

The Panthers lost valiantly, if that is any consolation. Which it isn’t.