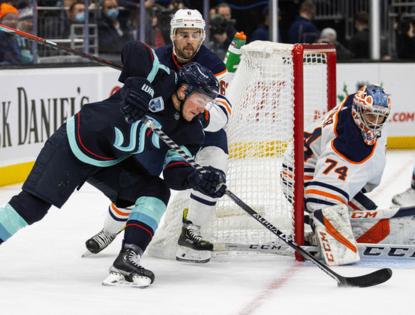 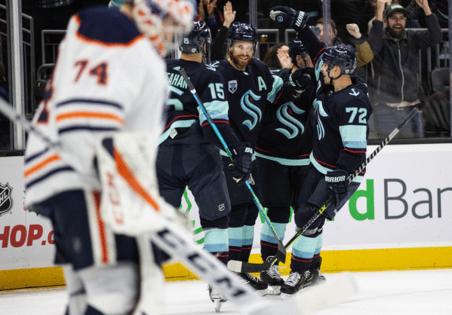 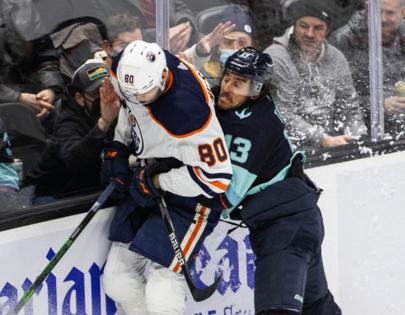 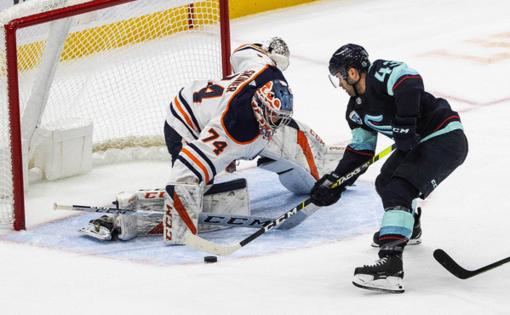 SEATTLE — The last time the Seattle Kraken saw the Edmonton Oilers the vibe was noticeably different.

They had just lost to the New York Rangers at home the night before. The loss in Edmonton would become the second in a stretch of eight losses in nine games.

Friday night may as well have been an entirely different Kraken team.

The Kraken struck 49 seconds into the game then when the Oilers tied it twice, built on a second-period lead and it held for a 4-3 win, the fifth Kraken win in seven games and their fourth straight getting a point.

They played with swagger; Colin Blackwell’s celebration after his go-ahead goal in the second period, Alexander Wennberg’s sharp pass to the netfront on Marcus Johansson’s tally, Joonas Donskoi’s dramatic game of keep-away before assisting on Adam Larsson’s goal, Ryan Donato’s puck battle wins and third goal in two games were all little flashes of the confidence the Kraken have just begun to exude.

When the Kraken have won, they’ve done so with narrative behind them. Chris Driedger shut down his former team, the Florida Panthers, last week; before that, they beat Capitals goalie Vitek Vanecek, who they traded back to Washington after the expansion draft.

On Friday, the narrative followed Larsson, who scored the first Kraken go-ahead goal, against his old team. Then, Kole Lind, in his third game with the Kraken and second since being recalled while they deal with injuries to Jordan Eberle and Jaden Schwartz, earned his first career point on one of the most dramatic goals in team history.

That was Blackwell’s go-ahead tally, where he split the Edmonton defense following a forecheck that stole the puck away in the neutral zone. Lind found Blackwell and his backhand goal — the Kraken are now second in the NHL in goals off the backhand — beat Oilers goalie Stuart Skinner and gave the Kraken the lead for good.

Blackwell knew the moment, too; he jumped into the glass after the play in one of the more jubilant celebrations of the season.

It was a good visual for that new-found Kraken vibe that had to be unfamiliar to the Oilers, who last saw Seattle only a month ago.

There’s been a lot of first periods that Kraken coach Dave Hakstol has called strong where Seattle ended trailing. In some ways, he was right that leading in the first isn’t automatically a strong start; but it’s also fair to argue that fast start they’ve sought looks a lot more like the first period on Friday.

Yanni Gourde’s goal 49 seconds into the game was the second-earliest goal to start a game for the Kraken all season. The Oilers, who own the highest percentage on the man advantage in the league, responded with a power-play goal a few minutes later.

The Kraken had a response for that, too; Larsson, who committed the interference penalty to give Edmonton its power play, deked an Oilers defender to fire in a goal against his former team.

Seattle carried the 2-1 lead to the first intermission, in good position against an Oilers squad that entered Friday 0-4-0 when trailing after a period.

Evan Bouchard beat Philipp Grubauer midway through the second period to tie the game, wristing a shot through traffic and finding an open half of the net. Blackwell scored later on to go ahead, then Wennberg connected with Johansson out front just over two minutes later.

Connor McDavid tipped a shot past Grubauer with slightly more than eight minutes left in the third period for the third Oilers goal.