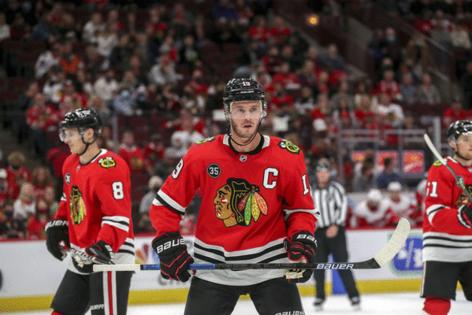 The Blackhawks didn’t hold a news conference with players and coaches after Tuesday’s practice at Fifth Third Arena, so Toews’ and Borgström’s availability for Wednesday’s home game against the Toronto Maple Leafs remains up in the air.

That holds true for Patrick Kane, too, who entered the protocol Saturday.

If all three miss the game, the Hawks would have to face the Leafs without their points leader (5) in Kane, and two others who join Kane (first) among the forwards who lead in average ice time in Toews (fourth) and Borgström (11th).

Here’s a breakdown of who has entered the protocol this season: