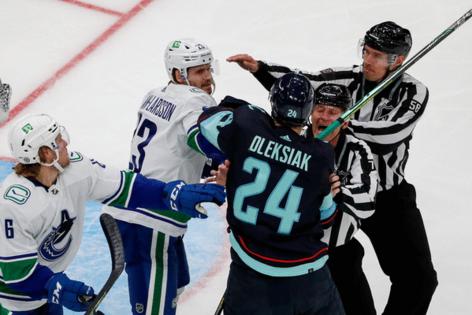 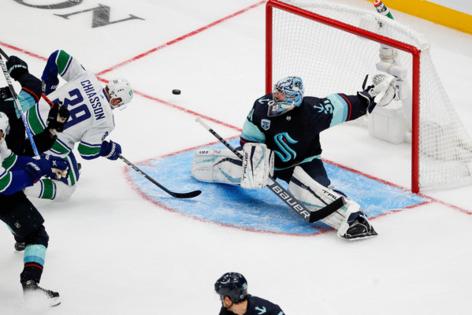 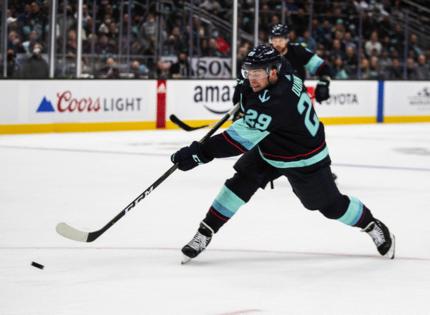 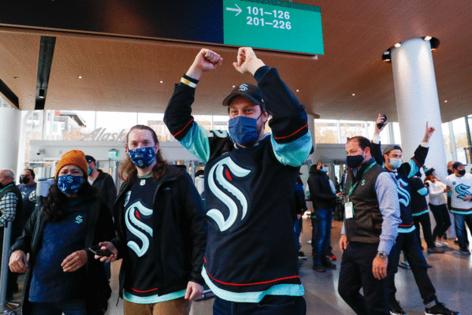 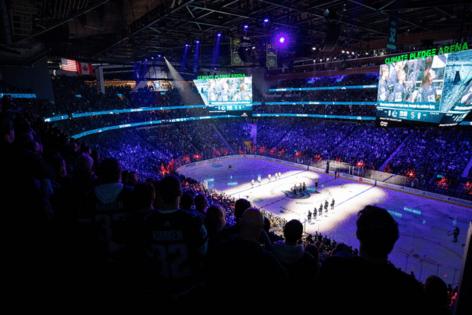 What the Kraken did at Climate Pledge Arena, losing 4-2 to the Vancouver Canucks, was secondary to the event itself. The sellout crowd of 17,151, marveling at the modern spectacle that used to be KeyArena before it was demolished and rebuilt under the same roof, erupted in thunderous cheers when their first major hockey team since the 1924 Metropolitans took the ice.

They kept on cheering wildly when Kraken defenseman Vince Dunn scored the first goal in arena history, taking a pass at the left point, walking in and hesitating momentarily before beating Canucks goalie Thatcher Demko with a wrist shot to his glove side. The clock said only 3.2 seconds remained in the period, and so the cheering didn’t stop until well after the Washington State Ferry goal horn ceased, the intermission began and teams headed off the ice to their dressing rooms.

And they cheered even louder in the final frame, when Kraken captain Mark Giordano took a nice feed from Jared McCann and beat Demko from the left faceoff circle for another go-ahead goal with 5:10 gone in the third.

But Canucks captain Bo Horvat twice cut the celebrations short, with a tying marker from the high slot — between the two faceoff circles — midway through the second on just the Canucks’ first shot on goal. And then, in the third, with Giordano’s marker looking as if it would propel the Kraken to victory, Horvat scored the equalizer on the power play from the lip of the crease with 7:08 remaining.

And then, three minutes after that, Conor Garland outraced two Kraken defenders to a loose puck along the right boards, walked in and fired a slap shot past Philip Grubauer for the decisive goal with just 4:02 to go. The Canucks added an empty netter to spoil the Kraken’s festivities, but it didn’t dampen the mood of a new franchise making its mark at home for the first time.

The Metropolitans, for the record, also lost their final game to a Vancouver team, that one dubbed the Maroons, on March 7, 2024. So, a regional rivalry was likely reborn here as well, with plenty more chances to come for the Kraken to make amends.