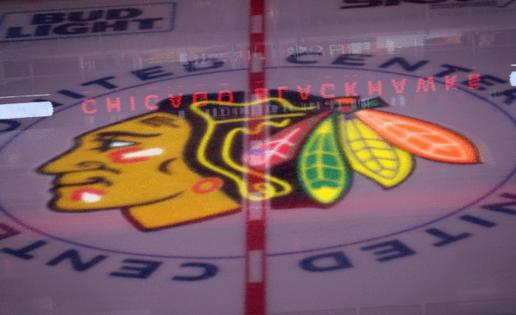 CHICAGO — A law firm hired by Ohio’s Miami University to investigate a former Chicago Blackhawks video coach’s brief time on the Ohio campus found the public institution was unaware of prior allegations of improper conduct that arose two years earlier when he was with the team.

The university’s independent review, released Friday, confirmed Bradley Aldrich had a clean criminal record when he was hired in July 2012 as Miami’s director of hockey operations. He resigned five months later after a man accused him of unwanted sexual contact, the first of two complaints related to his time at Miami.

The eight-page review, conducted by the Barnes & Thornburg law firm, notes that Aldrich did not provide references as part of his resume. According to the report, Miami U spoke only to the coaching staff at Notre Dame, where he was working in 2012, and received “favorable information.”

The review found the university had an “appropriate and reasonable response” to sexual misconduct complaints related to Aldrich’s employment and that “there is no evidence that Miami could or should have taken any additional action based on the information known to them at the time.”

“We take allegations of sexual assault very seriously and believe that those who commit these heinous crimes should be held accountable,” said Jessica Rivinius, a university spokesperson. “Our commitment to supporting the victims of these crimes led us to seek an independent and thorough review of Bradley Aldrich’s employment at Miami. The findings of the report reassure us that we followed the proper protocols in these cases.”

In the first lawsuit, a former Hawks player alleged Aldrich sexually assaulted him in May 2010 during the team’s run to winning the Stanley Cup. A former high school hockey player in Michigan filed the second lawsuit; Aldrich pleaded guilty to having sexual contact with him in 2013.

Both lawsuits allege the Blackhawks failed to properly investigate Aldrich and take appropriate disciplinary action and thus allowed the wrongful behavior toward players to go undocumented and unchecked.

The Chicago Tribune reported this month that police and employers have documented allegations of a sexual nature against Aldrich involving a total of four teenagers and five men after his time with the Blackhawks.

Only one of the incidents, the 2013 case with the 16-year-old Michigan high school hockey player, resulted in charges. Aldrich, 38, of Hancock, Mich., is registered as a sex offender in Michigan because of that case. He is not a defendant in either lawsuit filed against the Blackhawks and has not been charged in connection with the Hawks player’s allegation.