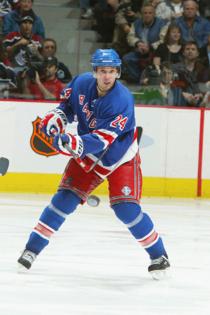 The team announced Monday that recently-hired assistant Sylvain Lefebvre opted not to get a COVID-19 vaccine and will not be able to coach this season because of it. Lefebvre's position will be filled by Cleveland Monsters assistant Steve McCarthy.

"It's just impossible to do your job because of the NHL (vaccination) protocol, so we needed a new coach," said Blue Jackets general manager Jarmo Kekalainen, who was surprised to learn of Lefebvre's decision. "We had to move on."

Kekalainen said the NHL's COVID-19 protocols are most stringent on those with direct access to players.

Kekalainen declined to reveal whether Lefebvre cited any specific reason for not getting immunized with one of the approved COVID-19 vaccines. Prior to speaking with the Dispatch, the GM issued a statement about the situation that read:

"While we are disappointed, we respect that this decision is a personal one for Sylvain and wish him well. We feel fortunate to have an outstanding coach join our club in Steve McCarthy, who has played in this league, won championships as a player and been an important member of our hockey operations department as an assistant coach in Cleveland."

Lefebvre, 53, was hired June 30 to fill former assistant Brad Shaw's role. He was slated to work with the team's defensemen and coordinate the penalty-kill units. Those duties will be handled by McCarthy, who spent the previous five seasons as a Monsters assistant.

McCarthy, 40, played eight NHL seasons for three teams during a 16-year career that included stints in Russia, Finland and Switzerland. Kekalainen said he was among the candidates the team considered for Shaw's former role and will now join the Jackets' staff with only this season guaranteed in the new role.

"We have a plan in place for him and now he's going to come here for one year and we'll see where it goes," Kekalainen said.

Lefebvre, a former NHL defenseman who played 945 games, spent the last three seasons as an AHL assistant with the San Diego Gulls — the Anaheim Ducks' top minor league affiliate. He was previously an AHL head coach for three other organizations.

At the time of Lefebvre's hiring, Blue Jackets coach Brad Larsen said he eagerly anticipated working with him as part of a new staff in Columbus. Larsen, who's taking over the head coaching role from John Tortorella, has quickly shifted his focus to working with McCarthy.

"Steve has done a great job working with our young defensemen in Cleveland the past five years and is ready for this opportunity," Larsen said in a statement. "He is a really bright, young coach with a great work ethic and I'm excited about what he will bring to our staff."

SUNRISE, Fla. — The Florida Panthers knew they had a chance to make some history this season.

It only took them four games to do it.

The Panthers blew an early lead Thursday in Sunrise, then scored twice and added an ...Read More

NEWARK, N.J. — It might be a new season for the Devils, but their struggles against the Capitals have stretched into the 2021-22 campaign.

After winning their opening two games, the Devils were humbled in a 4-1 loss ...Read More

KANATA, Ontario — Kevin Labanc’s second-period power-play goal proved to be the difference as the Sharks continued their perfect start to the season with a 2-1 win over the Ottawa Senators on Thursday.