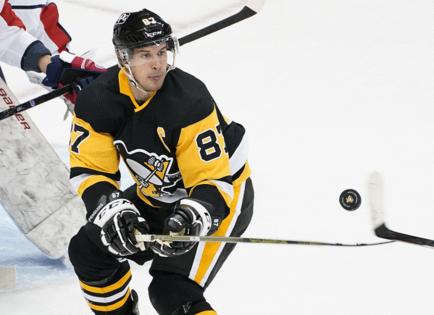 PITTSBURGH — The surprise announcement of Sidney Crosby's wrist surgery was the latest in an offseason filled with gut punches. It might have been a reality check, too, as darkness sets in on this golden age of Penguins hockey.

In and of itself, Crosby's left wrist surgery wouldn't necessarily trigger alarm bells as camp approaches. But it would still be worrisome. He underwent a procedure on the same wrist last summer and was bothered by it all this summer, so it seems reasonable to categorize the wrist as a chronic issue.

Then there's the word "minimum" on the club statement that Crosby would be a miss a "minimum of six weeks." How long will he be out and when will he be right again?

But that was only the latest blow.

The offseason began with another surprise downer when the team announced Evgeni Malkin had undergone major knee surgery. Then came Brandon Tanev's unceremonious departure, Mike Lange's retirement and the depressing realization that Brock McGinn really would be the club's big offseason acquisition.

Demoralizing seems like a fair word to describe the vibe.

I can't help but think of another team as the Penguins fade. It's the team that helped shaped this one in its formative years. The one that showed them what high-stakes hockey was all about.

I'm talking about the Detroit Red Wings and how, after losing to the Penguins in the 2009 Stanley Cup Final, they began to erode, imperceptibly at first. They still had a couple of 100-point seasons in them. Still a few trips to the conference finals. You always knew they would make the playoffs. They did that for 25 straight years.

By 2016, though, the Red Wings had become garden-variety, first-round flameouts. That is where their season ended three straight years (sound familiar?). They still seemed dangerous — at least to where you could conjure images of one last title run if you tried hard enough.

But by that time, Detroit's Big 3 — their Crosby-Malkin-Letang — was down to one: an aging Henrik Zetterberg. Nicklas Lidstrom had retired in 2012. Pavel Datsyuk was headed back to Russia to finish his career.

After four consecutive comeback wins to open the season, becoming just the fourth team in NHL history to accomplish that rare feat, the Wild's ...Read More

The Sharks fell from the ranks of the unbeaten Sunday after they failed to start on time in a matinee at TD Garden in Boston.