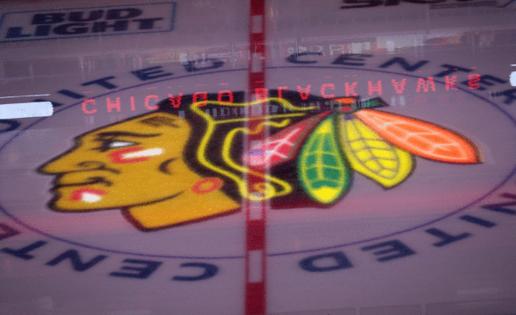 The attorney handling two negligence lawsuits against the Chicago Blackhawks told the Tribune Thursday that one of her clients, a Hawks player in 2010, was bullied by teammates after he accused then-video coach Bradley Aldrich of sexually assaulting him.

The latest allegation comes as part of an amendment to John Doe 1's lawsuit that attorney Susan E. Loggans said she plans to file with Cook County Circuit Court Thursday afternoon as a response to the Hawks’ motion to dismiss the case.

“It occurred on the ice where some fellow players bullied him because they heard that Aldrich made advances at him and they heard about what happened and made inappropriate bullying comments to him of a sexual nature,” Loggans said. “That’s all I can say about that because I don’t want to be harmful to John Doe 1.”

Stan Bowman, Hawks president of hockey operations and general manager, said earlier Thursday that he would cooperate with an internal investigation conducted by Jenner and Block, the legal team the Hawks hired last month. But Bowman declined to comment on the specifics of the review or the events of 2010, citing the pending lawsuits.

Loggans said she also would file a similar amendment in the John Doe 2 lawsuit that was brought by a former Houghton (Mich.) High School hockey player whom Aldrich was convicted of sexually assaulting in March 2013.

The Hawks filed a motion to dismiss that case as well.

At issue is whether the Hawks were obligated to alert Chicago police or anyone else after team executives learned of the allegations at a meeting that then-skills coach Paul Vincent has said occurred in May 2010 in San Jose, Calif., where the Hawks clinched the Western Conference finals against the Sharks.

The Hawks went on to win the Stanley Cup the next month, the first championship of three within a six-year period.

In the John Doe 1 case, the team’s attorneys argue that the former player didn’t exhaust the legal remedies available through the Illinois Human Rights Act or Illinois Worker’s Compensation Act, as mandated by state law, and that the suit wasn’t filed before the statute of limitations ran out.

In the John Doe 2 case, the team’s attorneys argues the Hawks didn’t legally “owe a duty” to warn potential future employers of Aldrich, such Houghton High School or Miami (Ohio) University, where he was accused of assaulting “a non-student adult” and a student in separate off-campus incidents in 2012, the university confirmed through public records requests. Neither person pursued charges.

The Houghton High School player was assaulted by Aldrich the next year.

Loggans contends that had the team acted on the initial complaints by two Hawks players — that Aldrich allegedly assaulted them during an overnight stay at his apartment in May 2010 — then the events at Miami (Ohio) and Houghton might not have occurred, and thus the Hawks should be held financially liable.

“One of their top management coaches thought they should call the police and the organization refused to do that,” Loggans told the Tribune. “Had they done that, two things would’ve happened: First of all, John Doe 1 wouldn’t have been harassed on the ice in the future, as he was — he was bullied as a result of the common knowledge about what happened with Aldrich.

“And No. 2, John Doe 2 would never have been molested. Had been there been a police investigation like Paul Vincent wanted, then all of these downstream places would’ve been on notice about what happened. … So their failure to call for a police investigation set the snowball rolling down the hill that caused all the rest of this to occur.”

The pain and anger...Read More

The team announced Monday that recently-hired assistant Sylvain Lefebvre opted not to get a COVID-19 vaccine ...Read More

PITTSBURGH — The surprise announcement of Sidney Crosby's wrist surgery was the latest in an offseason filled with gut punches. It might have been a reality check, too, as darkness sets in on this golden age of Penguins ...Read More

Paul Holmgren, who has seemingly filled every job with the Flyers except popcorn vendor, is going into the United States Hockey Hall of Fame.

Peter McNab, a former NHL standout who is now a Colorado broadcaster, and ...Read More