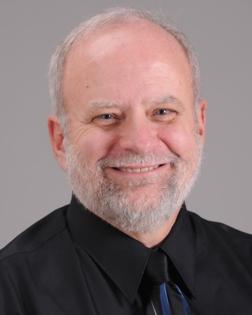 You know the popular speculation, right?

The final spot on the Penguins’ protected list for Wednesday’s NHL expansion draft came down to Jeff Carter or Brandon Tanev. The team elected to keep Carter and run the risk of losing Tanev, the closest thing it has to a — don’t you love the term? — “sandpaper player.”

I get that decision.

Carter was the Penguins’ best player last season after joining the team in April after a trade with the Los Angeles Kings. He had nine goals in the final 14 regular season games and added four more in six playoff games against the New York Islanders.

Evgeni Malkin’s knee injury and subsequent surgery also had to factor into the decision to protect Carter. Malkin will not be ready for the start of next season, which leaves the Penguins thin at center. Maybe the Seattle Kraken wouldn’t have taken Carter because he’s 36 and is signed for just one more season, but the Penguins couldn’t afford to take that chance, especially not after they traded Jared McCann for cap space last week.

But putting Carter on the protected list might have been a moot point, anyway. His roots were deep in Los Angeles and there was no guarantee he would accept the trade to the Penguins. To get him to do so, I have to believe Ron Hextall gave him assurances that he wouldn’t be exposed in the expansion draft. At this point of Carter’s career, he wants to play for a team that gives him a chance to add to the two Stanley Cups he won with the Kings. He couldn’t possibly have been interested in joining an expansion team.

It would hurt the Penguins if the Kraken decided to pick Tanev from the their list of unprotected players. Tanev became a fan favorite in his two seasons here because of his all-out, all-the-time style of play. To say he was an irritant to opponents would be an understatement. He wasn’t afraid to hit anybody at any time. The Penguins need more guys with his grit. As Brian Burke has said, “Our team needs to get uglier.”

But Tanev has a couple things that are keeping him from becoming an ideal player for the Penguins. One, he is signed for four more seasons with a cap hit of $3.5 million per year. That is a big number and a lot of term. And two, he is a smaller player who runs a greater risk of injury because of how hard he plays. He missed 24 of 56 games last season because of injuries.

Burke and Hextall know Tanev’s shortcomings and clearly don’t believe in him enough to protect him. They have said they want to add size and toughness to the Penguins’ roster. That is a worthy goal. The team is built more for the regular season, when skill counts, than for the playoffs, when the stars are physically abused and penalties aren’t called. Did you watch the series against the Islanders? The Penguins’ defensemen weren’t able to punish the Islanders’ forwards in front of their net the way the Islanders tormented Sidney Crosby, Jake Guentzel and Bryan Rust in front of theirs.

The Kraken might not even take Tanev. They might be more inclined to go for Zach Aston-Reese, who is a restricted free agent and could be signed for much less. He also passes all of the analytics tests.

But even if the Penguins lose Tanev, it wouldn’t be all bad. They saved nearly $3 million in cap space by trading McCann to the Toronto Maple Leafs. The money they would save if the Kraken take Tanev could be used to get some of the size and toughness that management craves and also, perhaps, a veteran goaltender to challenge Tristan Jarry for playing time.

That’s why it won’t be wise to judge the Penguins’ loss in the expansion draft until after free agency, which begins at the end of the month. Hextall’s work didn’t end when he submitted the team’s protected list. It will be just beginning after the draft.

The Blues return to work this week seeking to regain their edge.

They must rediscover their team game and collective work ethic. They must recommit to their defensive system and get back into lockstep before they can ...Read More

LOS ANGELES — Someday for the Kings is now.

The Stanley Cup playoffs have been a distant dream for too long. They can't continue to make vague promises about when they'll be competitive again. That dream must become ...Read More