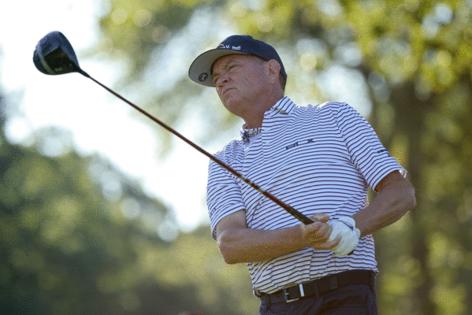 But he came to Detroit for this week's Rocket Mortgage Classic to see where his own game stands these days, but also — and perhaps, more importantly — to watch up-close the games of others.

Love, 58, is the Team USA captain for the Presidents Cup in mid-September and will get six captain's picks to round out the roster of 12, which will take on Team International (everywhere minus Europe) at Quail Hollow in North Carolina. This week, Love played with two of the players squarely in contention for a pick: Cameron Young, who took the lead halfway through the second day of the Rocket on Friday, and Will Zalatoris.

Neither has a PGA Tour win, but they should, and perhaps soon. Both have been knocking on the door all year, and in Zalatoris' case, the last two years.

Those are just two of a swarm of up-and-coming American golfers.

"Yeah, it's on the rise," Love said after his Friday round, a 1-under 71 to finish at 5 over. "I've heard so many times from the Europeans, they're coming and the rest of the world's coming, and American golf, we don't have the superstars anymore.

"And they keep coming. It's unbelievable.

"It's great it's coming that way."

Not far outside that top 10 are the likes of Young, Maverick McNealy and Davis Riley, notable young names that stand out amid a sea of still-plenty-competitive veteran players. Sahith Theegala, in contention at the Rocket, is another name that stands out, despite being farther down the points list.