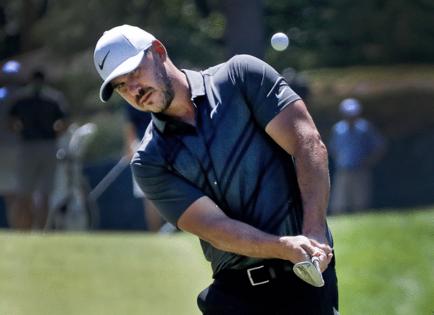 You know there’s a perspective void when people wonder why golfers are joining a new tour sponsored by an oppressive and murderous Saudi Arabian regime. The questions came again Tuesday as reports were published saying West Palm Beach’s Brooks Koepka would sign on for the LIV Tour’s blood money.

“Don’t these players stand for anything?” was a common question on social media.

They stand for money. That’s it. The only thing more laughable than LIV Tour organizer Greg Norman saying its purpose was to “grow the game,” is PGA Tour sycophants suggesting players should follow a social conscience in not taking an oppressive regime’s money.

Golf never has shown much of a social conscience. It had a Caucasian-only rule until 1961. That was 14 years after Jackie Robinson broke baseball’s color barrier.

It took another 14 years before the Masters accepted a Black player, Lee Elder. The Masters isn’t run by the PGA, but it’s an intrinsic part of the sport. Elder received such criticism in that 1975 tournament, including death threats, he rented two houses and moved between them so no one was sure where he was staying.

Yes, I know, that was a long time ago in a different era. Still, it took 46 years for the Masters to recognize Elder’s achievement. Finally, in 2021, when he was 84 and couldn’t swing a golf club anymore, it had him stand on the ceremonial first tee as the sport celebrated the money like it signed the Emancipation Proclamation.

So the PGA is upset over players siding with Saudi Arabian money? These players aren’t alone in going to bed with human-rights abusers. The NBA makes hundreds of millions from China. The Olympics went to Russia and China, twice, in recent years. The World Cup is next in Qatar.

You still wish a star like Phil Mickelson or Koepka was more than just about money. They weren’t asked to jeopardize their career taking a stand like the NFL’s Colin Kaepernick did. We’re past the time when athletes were social giants, as when Arthur Ashe took on apartheid, Billie Jean King fought for women’s rights and Muhammad Ali refused to fight an unjust war.

This is a fight to make rich men richer and an oppressive Saudi Arabia somehow more palatable. Nothing more. One of the anecdotes that came out of last weekend’s furor at the U.S. Open was a conversation between good friends Rory McIlroy and Sergio Garcia.

“We can finally get paid what we deserve,’’ said Garcia, who is joining LIV.