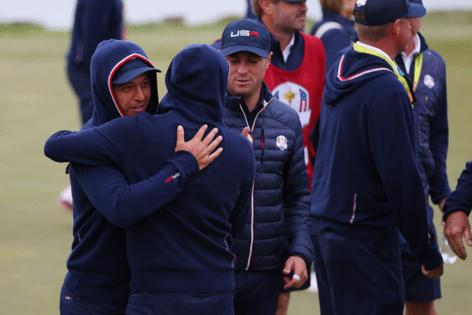 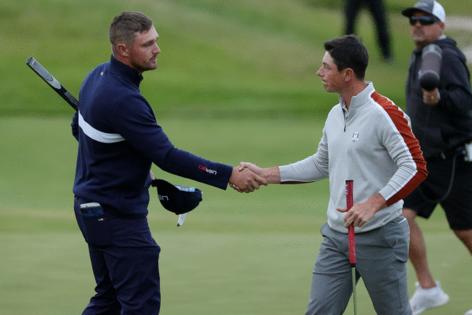 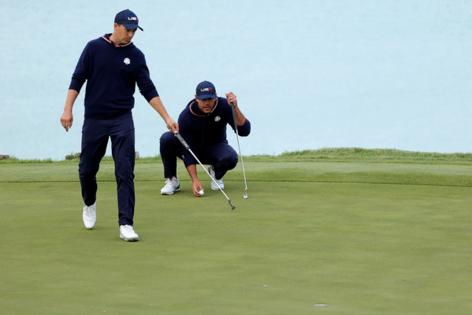 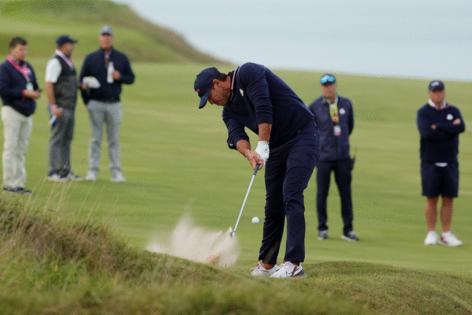 And yet the U.S. team owns a historic 11-5 lead and is just 3 1/2 points away on Sunday from reclaiming the Ryder Cup for the first time since 2016 at Hazeltine National in Chaska, Minn.

The Americans built on Friday's 6-2 lead with a third consecutive 3-1 session, this one Saturday morning's alternate-shot matches they dominated except for world No. 1 ranked Jon Rahm.

In the afternoon, the two sides split the four foursomes matches 2-2 on a day when players from both sides vanished from sight down steep man-made dunes — created by the late, great course architect Pete Dye — that tumble down to Lake Michigan.

It was also a day when players from both sides quibbled over short putts not conceded by their opponents, gesturing their opinion on multiple occasions.

That 11-5 is the biggest lead the U.S. team has held over a European team after the first two days.

The United States led 10-4 late Saturday afternoon in 2012 before Europe's Sunday blitz sent the Cup back home with them.

The Americans have 10 of the world's top-13 ranked players and a combination of youth and experience that has made this Ryder Cup a promising new day for them.