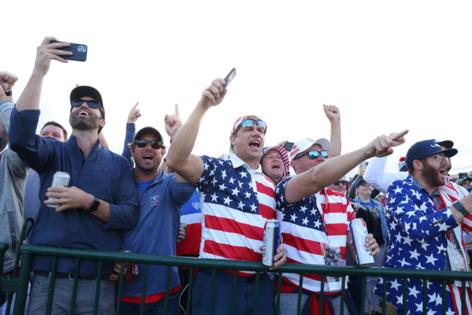 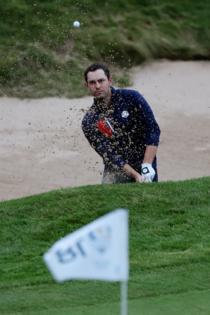 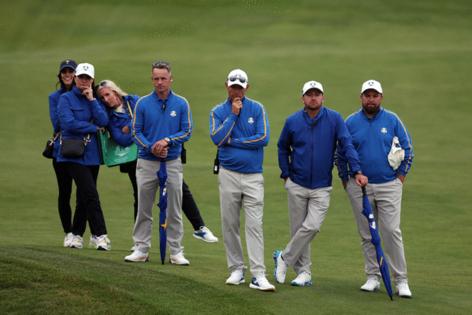 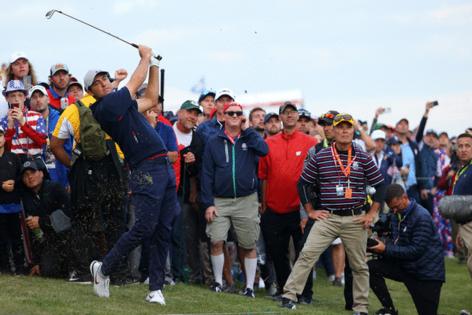 The Americans played Europe in the biennial event after a three-year wait without a guy named Tiger or Phil for the first time since 1993.

They did so Friday at windy, sun-splashed and jubilant Whistling Straits with both youth and experience — and with a display of power and creativity that allowed them to go 3-1 each in morning alternate-shot and afternoon fourball matches.

They head to Saturday's two sessions with a 6-2 lead over a European team that has won four of the last five and seven of the last nine Ryder Cups.

"We can come back from 6-2," European star Rory McIlroy said.

It would have been 7-1 if Europe hadn't recovered late in the day to halve two matches on the 18th hole.

"That's a good momentum boost for our side as well," U.S. captain Steve Stricker said. The last time the teams played, the Americans led 3-1 after Friday morning and then got swept 0-4 in the afternoon in Paris in 2018 and trounced by Sunday's end.

This time, the 12-man U.S. team has 10 of the world's top-13 ranked players while Europe has world No. 1 Jon Rahm, who won and halved his two matches on a day McIlroy went 0-2. McIlroy is not in Europe's alternate-shot lineup for Saturday morning, a first.

The U.S. team's oldest player, 37-year-old and world No. 2 Dustin Johnson, won both his Friday matches. So, too, did Tokyo Olympics gold medalist Xander Schauffele.