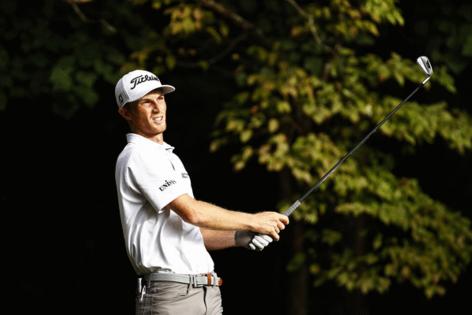 Monday, the PGA Tour announced that Zalatoris, in a vote by other tour players, was voted as the Arnold Palmer Award winner for the 2020-21 season, given to the PGA Tour's Rookie of the Year.

The Rookie of the Year Award, named after Demon Deacon legend Arnold Palmer, was just recently renamed in 2019 to pay tribute to one of the game's best.

Zalatoris was among the best players on the PGA Tour for stretches of the season, including at The Masters, where, in his debut Zalatoris finished in second place.

This helped him earn special exemptions to tournaments for the rest of the season, and for the most part, he took advantage of it. In total, Zalatoris entered 25 events, placed in the top 10 eight times and led the non-member FedExCup standings with 1,296 points.

Zalatoris also made time for the Korn Ferry Tour. He finished 14th in the standings there, and with that enters the 2021-22 season as a full-time member of the PGA Tour for the first time.

The Rookie of the Year award was determined by a member vote, with PGA Tour members who played in at least 15 official FedExCup events during the 2020-21 season eligible to vote.

Tiger Woods spoke to reporters for the first time since his horrifying single-car crash in February, but it would not be accurate to say he answered their questions about what actually happened.

“All those answers have ...Read More