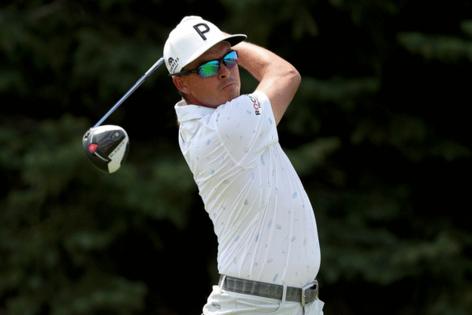 BLAINE, Minn. — The British Open ended on July 15 and the FedEx Cup playoffs start with the Northern Trust on Aug. 19. There are two weekly PGA Tour events paying full purses during that 35-day gap.

The first is the current 3M Open at TPC Twin Cities. The second is the Wyndham Championship that runs Aug. 12-15 in Greensboro, N.C.

The other weeks are occupied in 2021 with the Olympic tournament in Tokyo and the WGC event in Memphis, sponsored by the tour's benefactor, FedEx.

It is summer, it is hot, the arms and legs are weary, and there was travel to-and-from the Open in Sandwich, England. The temptation to say "not this week" obviously was extra-strong for players of high-profile and huge investment portfolios when it comes to a late-summer tour stop.

Still, the life that even a handful of big names can put into a tournament was demonstrated early on Friday afternoon in Blaine.

On Thursday, my look at the 3M Open's first round was on the Golf Channel for a couple of hours. There had been a two-hour lightning delay, which might have been the reason the galleries were miniscule.

"This isn't good for our reputation as a golf-watching hotbed," was my reaction.

There was good news at the top of the leaderboard for 3M as the sponsor, Hollis Cavner as the tournament's executive director, and others with a strong interest:

There were two featured groups for the first two rounds: Fowler, Tony Finau and Sergio Garcia; and Dustin Johnson with Bubba Watson and Louis Oosthuizen.