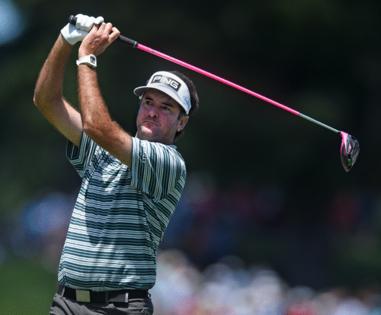 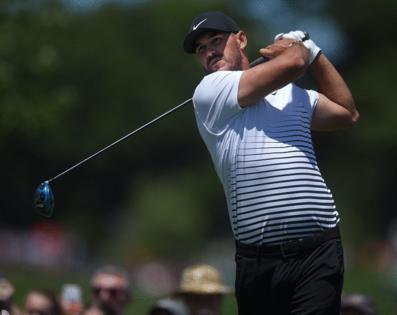 CROMWELL, Conn. — The Travelers Championship is known now to draw star-studded fields. This year’s tournament includes five of the top 10 golfers in the world, 25 of the top 50.

These are the players that draw fans to Cromwell by the thousands. On Thursday, however, none of them sprinted out of the gates during the opening round at TPC River Highlands.

Reigning champ and world No. 2 Dustin Johnson ended the day tied for 78th with an even-par 70. Bryson DeChambeau, the sixth-ranked golfer in the world, Brooks Koepka, No. 8, and No. 9 Patrick Reed were all tied for 46th at 1-under 69 heading into Friday.

Lesser knowns Satoshi Kodaira and Kramer Hickok set the pace at 7-under 63.

“Pretty poor the first couple holes,” Koepka said. “Couldn’t figure out speed of the greens. They’re a lot faster than the putting greens, so struggled with the speed. I mean, it’s pretty flat. Kind of how I feel.”

Koepka tied for fourth at the U.S. Open — a notoriously challenging and taxing tournament — last weekend in San Diego.

“I’m awful the week after a major, especially U.S. Open, because it takes so much out of you,” he said. “But still should have played better. No excuse. I mean, I’m kind of tired. I am going to enjoy getting to bed tonight.”

Patrick Cantlay, ranked seventh, posted the best finish among the higher-ranked players, tied for 25th at 2-under. Scottie Scheffler, fresh off of a seventh-place finish at the U.S. Open, shot 1-under, as did fan favorites Phil Mickelson and Rickie Fowler.

“I had a fun day,” Mickelson said. “I didn’t score as low as I wanted to, but didn’t hurt myself. I need to come out [Friday] and play a good round.”