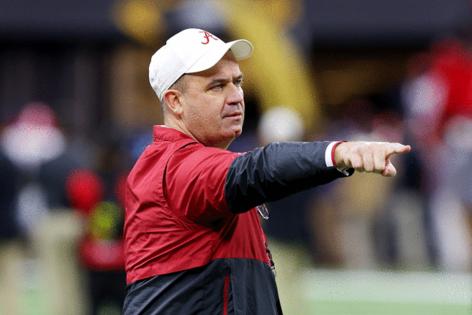 BOSTON — In Bill We Trust.

The other Bill — Belichick — is still teetering on the edge of being trusted given some of his curious decision-making in recent years.

At least he got the right guy to be his offensive coordinator, and gave him the actual title. While Belichick’s a year late with this hire, it’s better late than never as the saying goes.

Landing a coach who has a master’s degree in running an offense, isn’t a stranger to coaching quarterbacks, and runs the type of ship Mac Jones both needs and craves, makes Bill O’Brien the perfect hire.

Given all the variables at play, with his knowledge of the Patriots offensive system that backed six Super Bowl wins, and also having a handle on the Alabama offense that brought out the best in Jones, O’Brien should be able to get Mac back on the proper course.

With that background, there’s trust. With those credentials, there’s belief that Bill O’Brien — the sequel — is just what the doctor ordered.

O’Brien was the heavy favorite going in, and expectations are high the former Patriots assistant will be able to morph the league’s 26th-ranked offense into one that will be able to go toe-to-toe with the Bills, Chiefs and Bengals, three of the AFC’s current juggernauts.

Had Belichick been unable to close the deal, settling for a Plan B, it would have been a huge letdown, which is something an 8-9 team whose owner is pining for a playoff win could ill-afford.

While O’Brien doesn’t solve everything that’s wrong with the offense — namely at offensive tackle where help is needed, and also in the receiver room not having an explosive threat — having him on board is a good start.

LEXINGTON, Ky. — The sports adage says that it’s hard for any good team to beat another good team three straight times. So what about four? That’s the question for Sunday’s AFC Championship Game in Kansas City, Mo....Read More