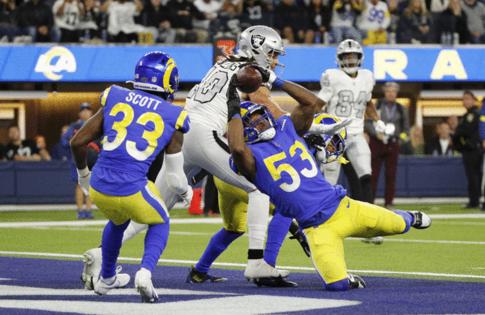 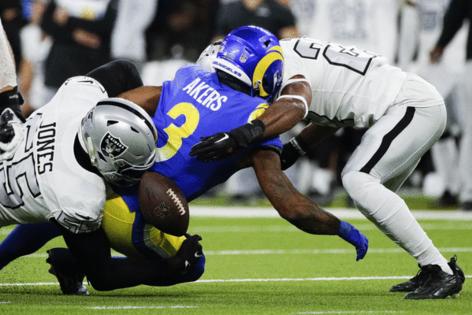 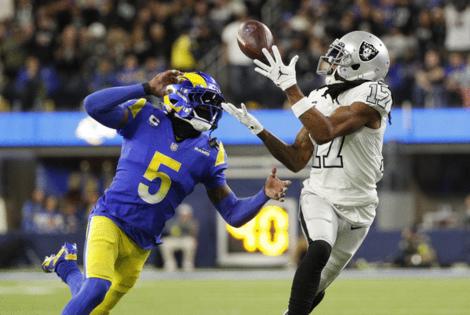 The evaluation of new quarterback Baker Mayfield needed to commence.

Mayfield came on in place of starter John Wolford for the second series of Thursday night’s game against the Las Vegas Raiders. And on his first snap, he completed a 21-yard pass.

But it was the finish that fans will remember.

Mayfield engineered two fourth-quarter scoring drives, capping his debut with a touchdown pass to Van Jefferson with 10 seconds left for a 17-16 victory before a Raiders-heavy crowd of 74,738 at SoFi Stadium, which for one night anyway was Baker’s Field.

“I don’t know if you could write it any better than that,” Mayfield said.

The Rams could not have felt better. They ended a six-game losing streak and improved their record to 4-9.

“You forget what winning’s like,” McVay said, “and it sure is fun.”