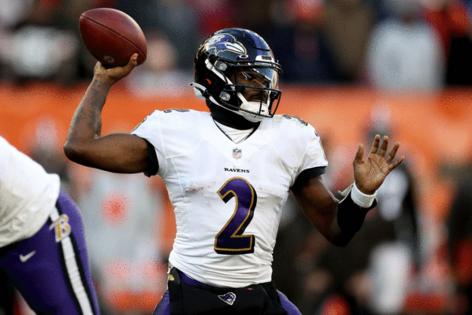 Bills 24, Patriots 10: The gap between James Cook and Devin Singletary has narrowed. In the last three games, the rookie has produced 209 total yards compared to Singletary’s 228 on 13 fewer touches. Pro Football Focus also has Cook graded higher than the veteran in rushing, receiving and pass-blocking this season.

Steelers 19, Falcons 16: Diontae Johnson is the first wide receiver in over a decade to get over 100 targets without scoring a touchdown.

Lions 40, Jaguars 14: DJ Chark was eased back into action in Week 11 after missing two months with an ankle injury. Chark is the overall WR20 in standard formats (WR23 in PPR) since Week 12. He has WR3/flex upside in any potential shootout or negative game script. Otherwise, he’s a boom-or-bust option.

Vikings 27, Jets 22: Even in a loss to Minnesota, Mike White looked substantially better than Zach Wilson. New York’s upcoming schedule is very quarterback friendly and White is the overall QB6 in his two starts.

Commanders 20, Giants 20 (OT): Darius Slayton is the overall WR20 in standard formats (WR26 in PPR) since Week 5. Slayton has at least 63 yards or a TD in seven of the last eight games.

Eagles 35, Titans 10: Despite averaging 2.77 yards per carry the last four games, Derrick Henry has been a borderline RB1 thanks to his usage in the passing game (nine receptions for 146 yards and a TD pass). Fear not though, Henry has matchups against the Chargers and Texans in the fantasy playoffs.

Ravens 10, Broncos 9: Tyler Huntley finished as the overall QB18, QB1, QB21 and QB33 in his four starts in 2021. He will deserve streaming consideration because of his rushing ability and familiarity with Baltimore’s offense, depending on the matchup.

Nielsen joined the Saints staff in 2017. Since, ...Read More