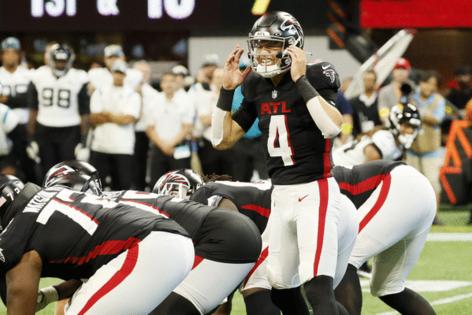 ATLANTA — The Falcons are making a move at quarterback.

Desmond Ridder, who was selected in the third round of the 2022 NFL draft, is set to start against the Saints at 1 p.m. Dec. 18 at Caesars Superdome, The Atlanta Journal-Constitution confirmed.

Ridder, who has not played a down in the regular season, will replace Marcus Mariota, who started the first 13 games and has guided the Falcons to a 5-8 record.

In the offseason, the Falcons elected to move on from Matt Ryan after 14 seasons after they lost the Deshaun Watson derby to Cleveland.

Both players have been notified of the move. However, the Falcons will not make an official comment until Monday, when they return from their bye week.

“We would expect Desmond to be able to execute the game plan if he ever had to go in there,” quarterbacks coach Charles London said recently. “He’ll be fine. Just like any other player that has to come in. Everybody is on this roster for a reason. Everybody has got a job to do. We feel that everybody on this team is capable of performing whatever job they are asked to do.”

Some believe the move is prudent, while others see it as a signal that the Falcons are sending up the white flag of surrender by playing a rookie.

“(After) 13 straight weeks, then we got a bye, when we get to the bye week, that will be the time to get him ready to go,” said Charlie Weis, a SiriusXM NFL radio analyst and former coach. “Here we go. Let’s find out.”