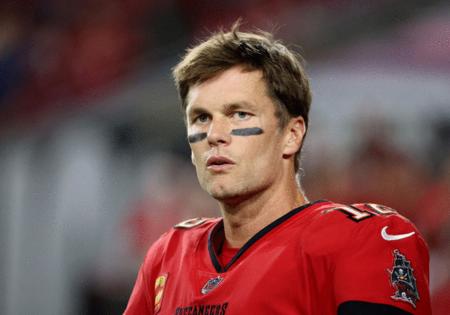 TAMPA, Fla. — Tom Brady had a bigger problem than his team possibly not getting into the playoffs this season.

The Bucs have struggled just to reach the end zone.

At least that’s been the case against the Saints at Raymond James Stadium.

But Brady is the greatest quarterback of all-time, especially with his team trailing in the fourth quarter.

Kept out of the end zone for 57 minutes, Brady threw touchdown passes of 1 yard to tight end Cade Otton with three minutes left and 6 yards to Rachaad White with three seconds remaining in the Bucs’ 17-16 win Monday night.

It was the latest game-winning touchdown pass of Brady’s remarkable career as he passed Peyton Manning for the most fourth-quarter comebacks in NFL history with the 44th of his career.

“Really proud of our team to get a win against a team we’ve struggled with,” Brady said.

The Bucs did not score a touchdown against their division rivals until a pass interference penalty set up Brady’s strike to Otton. The victory improved the Bucs to 6-6 while the division rival Saints and Falcons are both 5-8.

The Saints defense has owned the Bucs and Brady, especially at home. Entering Monday night’s game, they had allowed a total of three points in two previous games at Raymond James Stadium.

Not much seemed to change early in the night.

The 49ers are going outside the organization to replace DeMeco Ryans as defensive coordinator.

You want to be what you can see.

“It means a lot to younger guys when you see Black ...Read More

Lane Johnson stands in the middle of his “Bro Barn,” hooked up to an ARPWave machine like some modern-day Bionic Man, except wires are attached to pads around his core rather than his upper body.

PHOENIX — For the first 35 years of its existence, you may recall, the Lamar Hunt Trophy annually bestowed upon the AFC champion had never so much as been displayed in Kansas City. Chances are some Chiefs fans didn’t ...Read More