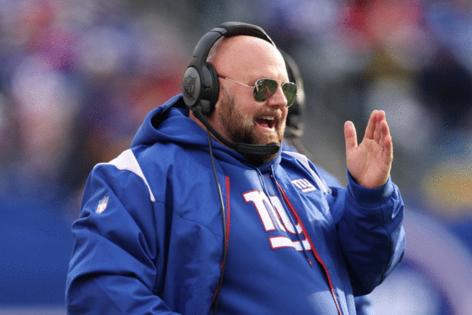 Brian Daboll wasn’t in a sharing mood on Monday.

He would not explain what his analytics team’s math was telling him about how Sunday’s 20-20 tie with Washington impacted the Giants’ playoff chances.

“We tied the game. We obviously would like to win the game,” Daboll said, one day after coaching for a tie in overtime.

He would not give details on why his offense’s second half was so much worse than its first half.

“They played and coached better than we did,” he said.

“Pretty much in every way,” Daboll said.

A reporter mistakenly asked if Daboll was blaming himself for the “loss.” Daboll didn’t correct the reporter’s characterization of the tie.

“I blame myself for every loss,” he said. “That’s part of the job.”

He wouldn’t share if he fines players like linebacker Tae Crowder and corner Rodarius Williams for complaining about playing time on social media, either.

You want to be what you can see.

“It means a lot to younger guys when you see Black ...Read More

Lane Johnson stands in the middle of his “Bro Barn,” hooked up to an ARPWave machine like some modern-day Bionic Man, except wires are attached to pads around his core rather than his upper body.

PHOENIX — For the first 35 years of its existence, you may recall, the Lamar Hunt Trophy annually bestowed upon the AFC champion had never so much as been displayed in Kansas City. Chances are some Chiefs fans didn’t ...Read More

The team finalized a deal with the former Dolphins head coach on Monday. Flores, who worked as the Steelers' assistant head coach and linebackers coach in 2022, had ...Read More