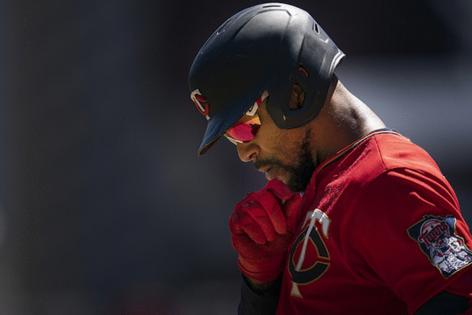 As of early March, baseball was mired in lockout and the Twins had almost no proven pitching. The front office could have declared 2022 a rebuilding season.

Instead, the Twins went on a shopping spree, acquiring almost an entire rotation that included de facto ace Sonny Gray. They overhauled their bullpen, for better or worse, by trading Taylor Rogers. They made a flurry of moves to clear space for Carlos Correa, then signed him to a franchise-record contract worth $35 million a year.

That is not rebuilding. That is going for it.

By late May they were 11 games over .500. After the team backslid for two months gave the front office every reason to prepare for 2023, the front office again went for it, this time dealing for three pitchers and a backup catcher at the trading deadline.

All of that ambition could not counteract an obscene amount of injuries. They have used 37 pitchers this season. Even the best franchises have about eight big-league pitchers they trust. Nobody has 37.

By the time they were in what could be called a pennant stretch, the Twins were missing important pitchers and almost an entire starting lineup: centerfielder Byron Buxton, corner outfielders Alex Kirilloff, Trevor Larnach and Max Kepler, infielders Jorge Polanco, Royce Lewis and Miguel Sano and catcher Ryan Jeffers.

View all of the Twins' moves in the context of 2022, and it's easy to conjure the word "failure.''

There is a more interesting way to look at 2022.

TAMPA, Fla. ― Tom Brady was busy Thursday shaking off an injury to the ring finger on his right throwing hand. And shaking. And shaking.

Over and over again during the portion of practice open to the media, Brady would ...Read More