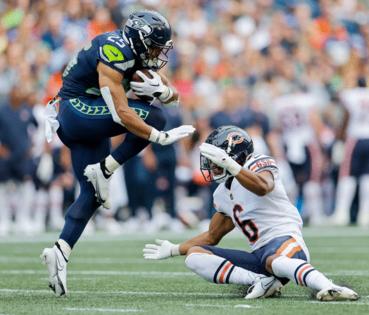 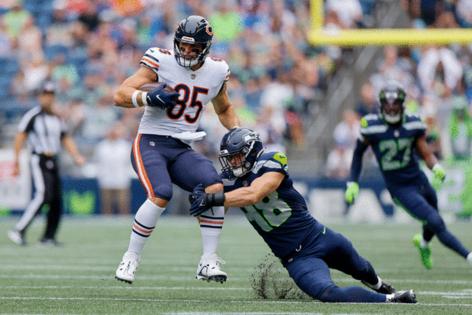 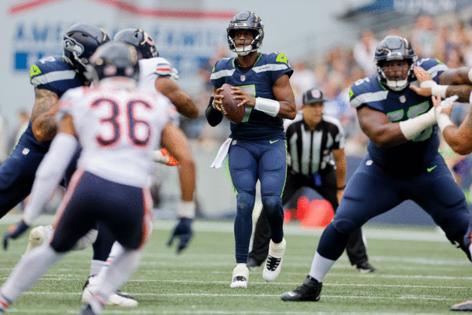 SEATTLE — The Chicago Bears beat the Seattle Seahawks 27-11 on Thursday night at Lumen Field. Here’s what you need to know about the game.

Bears coach Matt Eberflus decided earlier in the week to limit his starters’ playing time because they had only five days between games.

So Bears quarterback Justin Fields and most of the first-team offense played just one drive, which ended in Cairo Santos’ 35-yard field goal. That was a step up in one way from the preseason opener, in which Fields didn’t lead a scoring drive in three tries.

Fields completed 5 of 7 passes for 39 yards Thursday, hitting tight end Cole Kmet with a 12-yarder and 19-yarder, the latter putting the Bears at the 21-yard line. Kmet was playing in his first preseason game after sitting out with an injury.

The Bears’ drive included a fourth-and-2 play in which Seahawks outside linebacker Darrell Taylor committed a neutral-zone infraction to give the Bears a first down. But after a 6-yard pass to Darnell Mooney to get to the 15, the drive stalled with a Fields incompletion out of the end zone and a negative-yardage pass play to Khalil Herbert.

In his NFL preseason debut, Bears third-round pick Velus Jones Jr. had his biggest moment late in the first quarter when he caught Michael Dickson’s punt and cut toward the left sideline. Jones raced past multiple Seahawks to the Seattle 33-yard line — a 48-yard return.

Jones, who sat out Saturday’s preseason opener with an undisclosed injury, also returned the opening kickoff 28 yards — but fumbled it. He recovered his fumble, and the Bears went on to put points on the board on the drive with Santos’ field goal.

The Horse Bowl to kick off NFL Week 5 is not a happy rodeo. ...Read More