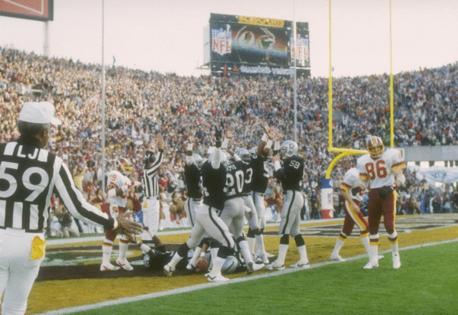 TAMPA, Fla. — Leonard Levy, a local sports pioneer who was instrumental in bringing the Bucs and several Super Bowls to Tampa, died Thursday while in hospice care. He was 89.

Levy headed up Tampa Bay’s expansion committee in the early 1970s and was extremely instrumental in bringing the expansion Bucs to the area to begin play in 1976. In addition, he ran the Super Bowl committee in the 1980s and Tampa Bay was awarded Super Bowl 18, which it hosted at Tampa Stadium at the end of the 1984 NFL season.

“It is with a heavy heart that I announce that my husband, J. Leonard Levy, passed away this afternoon at 2:30 p.m.,” Levy’s wife, Pat, said in a statement. “Leonard was a friend to many professional sports team owners, the father of the NFL franchise here in Tampa and the driving force behind getting the first Super Bowl in Tampa in 1984. We will miss him dearly.”

Levy used 14:30 of his 15-minute allotment for a presentation. And when NFL commissioner Pete Rozelle emerged from the room a couple of hours later, Tampa Bay had officially become the sixth market to win a Super Bowl bid.

Levy also enjoyed a close relationship with Bucs ownership, from Hugh Culverhouse to the Glazer family, which owns the team today.

“We are deeply saddened at the news of Leonard Levy’s passing this afternoon,” the Glazer family said in a statement. “Leonard was one of the most influential and important figures in the development and growth of professional sports in the Tampa Bay area. Leonard’s passion, foresight and determination were critical to Tampa’s emergence on the professional sports scene dating back to the early 1970s and the birth of the Tampa Bay Buccaneers. Our condolences go out to his wife Pat and the entire Levy family.”

Right now, the unit is a revolving door, even though it seemed to find some rhythm in ...Read More

CINCINNATI -- Quarterback Tua Tagovailoa was taken off the field on a stretcher and the Dolphins’ 3-0 start to the 2022 NFL season came to an end in a 27-15 loss to the Cincinnati Bengals at Paycor Stadium on Thursday ...Read More

CINCINNATI — Miami Dolphins quarterback Tua Tagovailoa was taken off the field in a stretcher in the second quarter of his team’s Thursday night game at the Cincinnati Bengals at Paycor Stadium.

The cloudiness around Herbert's status was so pronounced that — even ...Read More

LOS ANGELES — Matthew Stafford will not go into a "Monday Night Football" matchup against the San Francisco 49ers riding an obvious wave of production.

The Rams quarterback did not throw a touchdown pass in last Sunday'...Read More

CINCINNATI — Dolphins quarterback Tua Tagovailoa was taken off the field on a stretcher after sustaining an injury in the second quarter of Thursday night’s game against the Cincinnati Bengals at Paycor Stadium.