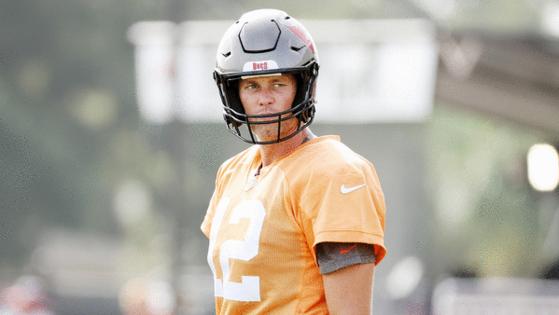 NASHVILLE, Tenn. — The Bucs still expect Tom Brady to return to the team sometime after Saturday’s preseason game against the Titans but there’s “no definitive” date for him to rejoin the club, coach Todd Bowles said Thursday.

Brady was excused from the team for undisclosed “personal reasons” last week but the Bucs admitted the leave was planned before the start of training camp.

Following Thursday’s joint practice with the Titans, Bowles said he could not pinpoint the date for Brady’s return.

“We’ll see. We’ll talk about it next week,” Bowles said. “I’m not concerned about it right now. We’re trying to practice against Tennessee and play a game. I said sometime after Tennessee. There’s no definitive date for me. We’ll think on it. We’ll keep in touch and find out.”

Bucs players will be off Sunday.

Bowles said backup Blaine Gabbert has performed well in Brady’s absence and all the quarterbacks have benefitted from the extra playing time.

“He’s been good. It’s been great for him mentally,” Bowles said of Gabbert. “The plays might not be there all the time, but the mental reps is what he’s getting and making the right play is very important, not just making the wow play. So it’s been good work for him.”

From the start of the first red zone drill until the two-minute team work at the end of practice, Bucs free-agent receiver Deven Thompkins put on a show.

He made several leaping touchdown catches in the end zone over Titans defensive backs in a passing drill and continued his good play all afternoon.

“Everything that came to me, I’m pretty sure I caught it,” said Thompkins, the rookie from Utah State. “I’m learning from the best how to do this. It’s been an amazing journey and I’m just enjoying it. That’s what the game of football is all about. We’re entertainers. When the lights come on, you can’t be scared.”

The Bucs and Titans avoided the physicality of practice from getting out of hand for the most part. But almost predictably, the two-day joint workouts ended with both sidelines emptying onto the field in a skirmish.

On the Bucs side, running back Leonard Fournette lost his cool. On the Titans side, it was defensive lineman Jeffery Simmons.

Not surprising, Simmons was the player who struck a glancing blow to Duke Preston, the Bucs’ director of player engagement, during a pass rush drill Wednesday. Preston, who was taking snaps as the faux quarterback in the drill, reacted by throwing the ball at Simmons.

”It’s unfortunate the last play you try to get into a skirmish,” Bowles said. “We got some good work against these guys. They have a good team, we feel like we have a good team and there’s no need for that in practice. Luckily it didn’t go that far and we got it taken care of.”