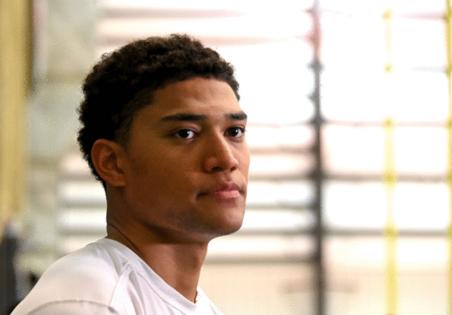 “I have to do some media stuff first,” Hamilton, a first-round draft pick in April, told them.

Wide receiver James Proche II, however, stepped in and said, “You have 30 seconds.” So, Hamilton walked over and made those kids’ days.

For the former Notre Dame standout, those are the moments he treasures. He knows somewhere in the bleachers at the team’s facility in Owings Mills could be the next Kyle Hamilton, and he would feel bad if he walked away.

Since Hamilton arrived in Baltimore, he has kept a level-headed, self-effacing mindset that has helped him deal with the pressure that comes with being one of the top players in his draft class while also facing criticism on social media.

Hamilton recently sat down with The Baltimore Sun to talk about handling the spotlight, adjusting to a new defense, having a viral moment during last month’s stadium practice, his favorite rapper and playing golf.

(Editor’s note: This interview has been edited for length and clarity.)

— Baltimore Sun: I know you are a big Drake fan, so what did you think of his last album, “Honestly, Nevermind?”

— Kyle Hamilton: I thought it was good. I don’t think it was his best album, but it wasn’t a bad album. It was a vibe. It was an acquired taste, I would say. He kind of went outside the box, but I appreciated it.